I am thinking of all those Moravian, Slovak, and Czech immigrants who came through Ellis Island. Those who came before us, and how so many of them are simply forgotten. Due to the ravages of time, many of the stories of these immigrants will remain mysteries forever. Not only the people, but their entire lives. So many Czech communities, businesses, publications… Just gone. Lost to history. Stories untold.

“History must be written of, by and for the survivors.” —Anonymous

I suppose this is the fate of every person getting older and realizing that everything changes. The youth create their own worlds, forge their own ways, make their own traditions, write their own stories. Each passing month reminds me that this will also be my fate.

Our county has a wonderful program where you get free passes to all the museums. I try to take my mother to a different one each week. After, we have coffee and the subject of history is always brought up. We discuss the past and reflect.

I love museums.  They are the places where information and the things I believe to be so important to our identity are preserved. 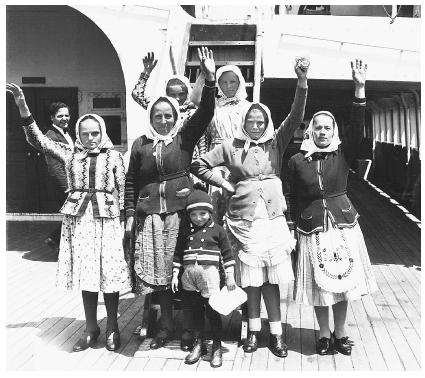 These Czech emigrants are waving from the S.S. President Harding, which landed in New York City on May 25, 1935. They later joined relatives in Ohio. © Gustav Fristensky website.

I am feeling somber today. It’s predictable, like clockwork, at the end of the month. It is when all the website bills come due and the fate of this site comes into question. I scramble… What can I sell this time on eBay, OfferUp, Poshmark, Craigslist, the Neighborhood app? Slowly and surely, bits and pieces of my past and things that once mattered are sold off to keep this site functioning. I wrote and shared some about this on Saturday. (You can read that here.)

So, yes, I admit it. I am depressed again. I cannot write about anything joyful or exciting when this mood comes upon me. Instead, I will attempt to remind you, my readers and friends “out there” in the internet, of some who came before, and share a short film about them.

A film that I found so deeply moving. 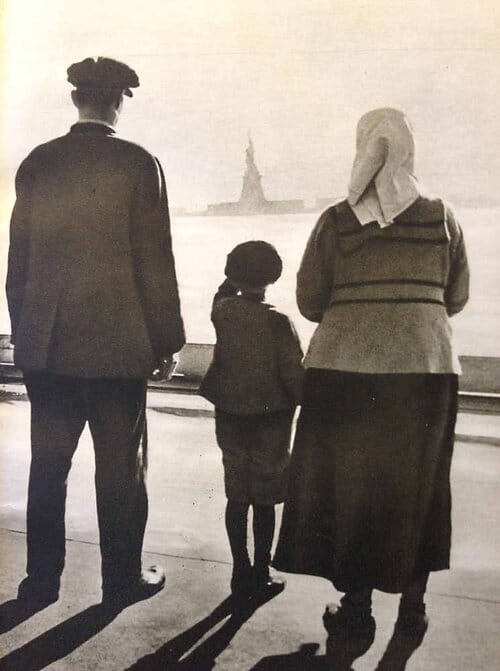 Joachim Gans was a Czech mining expert who was part of the 1585 expedition that attempted to establish a settlement at Roanoke Island before Jamestown was settled in 1607. (Joachim Gans – other spellings: Jeochim, Jochim, Gaunz, Ganse, Gaunse – was a Bohemian mining expert, renowned for being the first Jew in North America.

Augustine Herman (1621-1686) was a Czech explorer, merchant, cartographer, surveyor, and skilled draftsman who arrived in New Amsterdam in 1640 as an employee of the West India Company. (We wrote a post about him here.)

The first known Slovakian immigrant was Isaac Ferdinand Sharoshi, who arrived in 1695 to join the Mennonite religious community in Germantown, Pennsylvania. 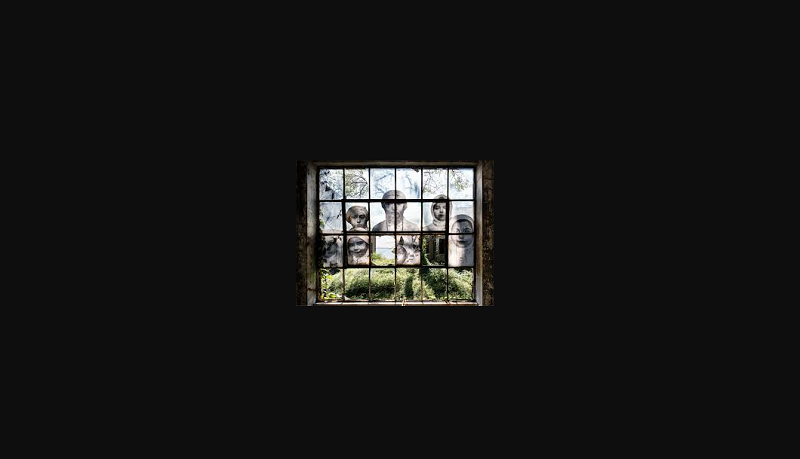 The first large group of Czech immigrants began arriving in 1735 with the coming of a group of Moravian Brethren in Savannah, Georgia.

Mass Czech immigration began in the late 1840s due to political and economic problems after the failure of the revolutions of 1848 in Europe.

Mass Slovak emigration began after the American Civil War when the Hungarian nobles were granted their autonomy from their Austrian ruler and the Austro-Hungarian Empire was formed in 1867.

All those souls, carrying all their hopes to America. 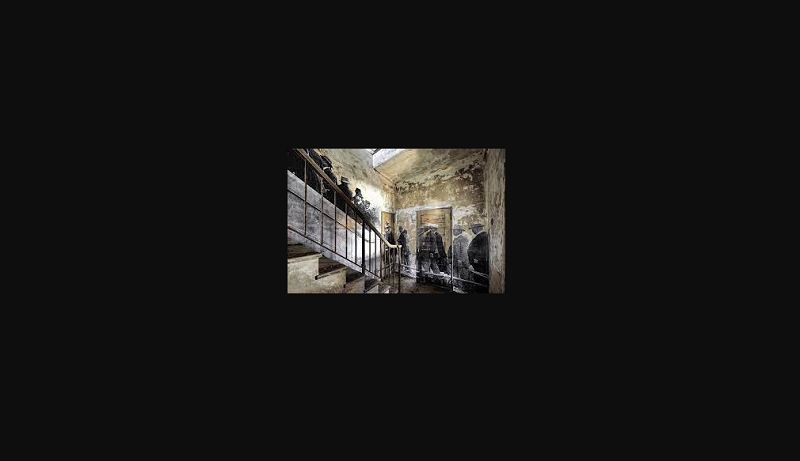 I cannot imagine the agony of leaving their families and loved ones behind.

The uncertainty and fear of what would await them in the new country.

Many fleeing because they had to, to escape poverty, war, famine, hardship, persecution, shortages of land, fear of military duty, political or cultural repression, and religious discrimination.

Such despair of so many millions of people suffering on long voyages across the seemingly endless ocean in cold, crowded, and certainly unsanitary conditions. 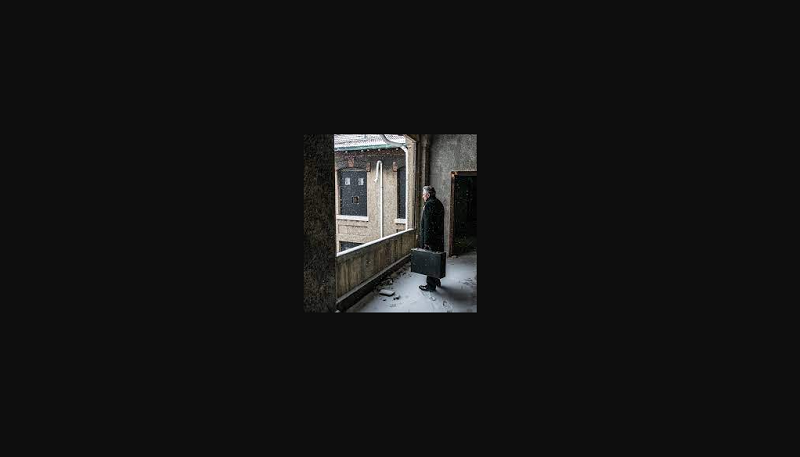 Many of the Czechs and Slovaks in America during the 1800s often faced prejudice and mistrust. All of them had to overcome language barriers. Others discovered that the challenges they had fled from, such as poverty or religious persecution, were to be encountered in America as well.

Fleeing crop failure, land and job shortages, rising taxes, and famine, many came to the U. S. because it was perceived as the land of economic opportunity, but the language barrier was the main challenge as it affected the ability to communicate with others. They had a lack of employment opportunities, housing, access to medical services, transportation issues, cultural differences and faced prejudice for being different. It certainly wasn’t easy.

I recently discovered this very intense, dark, heavy, and deeply moving short film (15 minutes) starring Robert De Niro. He is the sole character in this film, even though it is about the millions who came here.

The film is called Ellis, and it tells the story of the forgotten immigrants who built America.

The film takes place in the abandoned Ellis Island hospital complex, where many memories of immigrants were associated with this place. 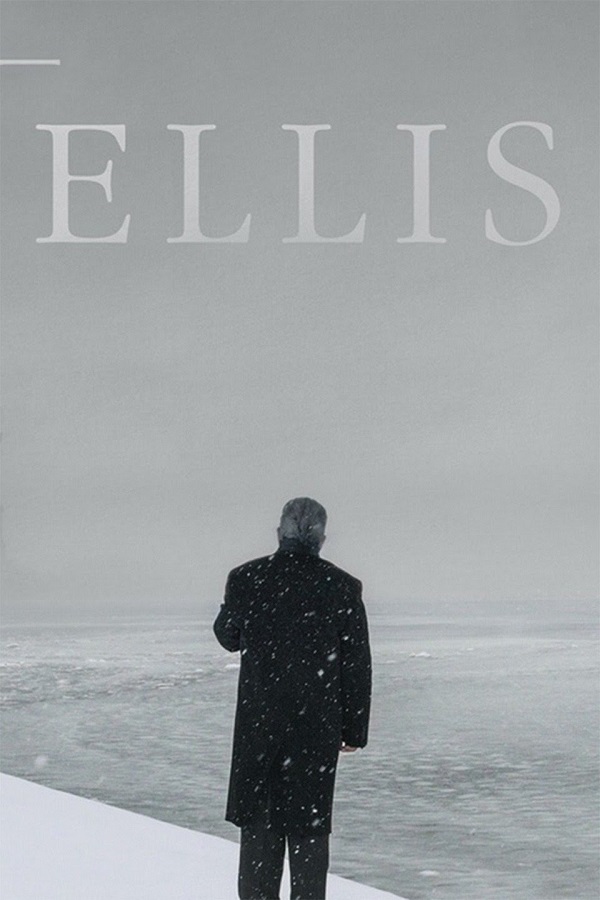 Ellis is a short film directed by JR and starring Robert De Niro.

The motion picture awakens memories of the early years of the experience of one immigrant.

Robert De Niro narrates and is featured in this short film, which is a tribute to Ellis Island. Basically we see De Niro walking around and narrating his story of an immigrant and what happened to him on the island.

At just fifteen-minutes this is a pretty good short that works on many levels. Technically the film is extremely impressive and especially the cinematography by Andre Chemetoff. The camera-work is really some of the best that I can remember from any recent movie because it pulls you into the story but it also manages to make you float into the past where the narration is talking about.

De Niro is also in fine form here as the narrator. Eric Roth’s screenplay is direct with its words and there’s no question that the film works as a tribute as well as having something to say about immigration. DeNiro manages to turn in a tender performance as he tells the story of one man, his dreams and his outcome.

The screenplay was written by Academy Award winner Eric Roth. The shooting took place in the abandoned Ellis Island Hospital complex. The film premiered on October 4, 2015 at The New Yorker Festival.

I was so deeply moved, so if you are like me, and enjoy these artsy films (aka moving experiences) which cause you to slow down and reflect, then I highly recommend this short film.

Below you can watch the entire film.

If you want to watch it on a bigger screen, try this link.

If the above video does not work, try this link for the film on YouTube.

Our ancestors who came, were tough and brave. They came for the promise of jobs in the new lands and cheap farmland in both America and Canada. The immigrant mentality was to work hard, be brave, and never give up in your pursuit of achieving the American dream.

Many of us carry that mentality even today.

You may also read our other post we shared on this in 2017, Harsh Beginnings of Czech Settlers in America.

God Bless us and our brave ancestors. I strive each and every day to remember them and share what I’ve learned with you, my readers – but I need your help.

If you’d like to send a check, please write to us for payment info.