The capital of the Czech Republic, Prague, is not only a beautiful and very popular tourist destination – it’s also one of the most popular film locations Europe. In the last twenty years, since the fall of the Iron Curtain, Prague has been called upon to provide the backdrop to many blockbusters. Today we’re looking at some feature films starring the city of Prague.

It’s easy to see why Prague is a favorite location, with its gorgeous architectural details, its magical and moody exteriors, its opulent interiors and pristine countryside. Prague is filled with professional and modern studios and creative and highly experienced film crews. In fact, Prague’s very own Barrandov Studios is world known for their work and the lengths to which they will go to provide movie magic. For example, did you know that they created a replica of the Sistine Chapel for the filming of the series The Borgias? Several of the movies filmed there have won Oscars. Truth be told, Prague has been making films since the beginning of filmmaking itself!

At present Barrandov studios in Prague are often referred to as the “European Hollywood” or “Hollywood of the East” due to increasing interest of western productions and noted director Roman Polanski claims that Barrandov is the world’s best studio (he filmed his Oliver Twist there and they created a grand London for him at the time.)

Our research discovered that as a film location of record, the city of Prague displayed 1,781 titles. Now keep in mind, these are not just Czech films. The Czech Republic as a location displayed 2,550 titles filmed there. Obviously, a place so beautiful will have a lot of filming. Today we will only share some of the more popular feature films…

Nothing better celebrated Prague’s unveiling than the eight-time Oscar winning film, Amadeus. Czech director Miloš Forman celebrated with beautiful shots in the film that even today is immediately recognized as a classic of world cinema. Prague was passed off as Vienna in the film, but the fact that it was in fact filmed in Prague opened the city to the future movie makers – in effect, it was the perfect advertisement for Prague and the many professionals available in the industry.

Watching the film, you will surely recognize Malá Strana (Lesser Town), the Valdštejnský palác (Wallenstein Palace), a beautiful Baroque palace in Malá Strana, Stavovské divadlo (Estates Theatre) and The Archbishop’s Palace at Kroměříž.  The film version of Amadeus’ wedding with Constance took place in the Kostel sv. Jiljí (Church of St. Giles) on Husova in Staré Město and Mozart’s final scene, when his coffin is being carried out of the city was filmed in Vyšehrad at the Leopold’s Gate which is the most beautiful preserved Baroque gate from a Prague fortification. It was built between 1653-1672 according to a design by the famous architect Carlo Lurago. 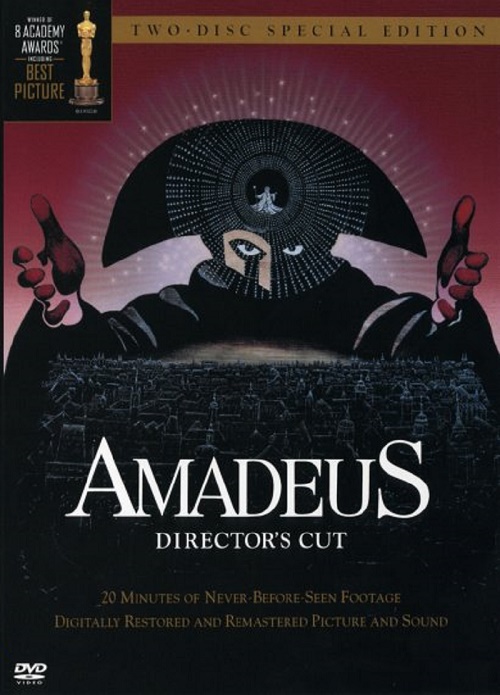 Mission: Impossible gave Prague the glory when it showed it’s famous spires on the cover if the movie poster for the film in 1996. We see the Národní muzeum (National Museum) transformed into the embassy where this mission begins. We see Max’s scene in the Art Nouveau decorated Hotel Europa and movement around Staré Město (Old Town). Some footage also shows the Lichtenštejnský palác (Liechtenstein Palace) at Malá Strana (Lesser Town). And of course, there is the scene with Jim Phelps falling into the Vltava River from the famous Karlův most (Charles Bridge), which has stood there since the 15th Century.

They enjoyed filming in Prague so much, that the fourth installment was once again filmed in Prague, only this time they pretended that it was Moscow and the Bubeneč Wastewater Treatment Plant transfixed Tom Cruise during the filming of Mission: Impossible IV – Ghost Protocol. 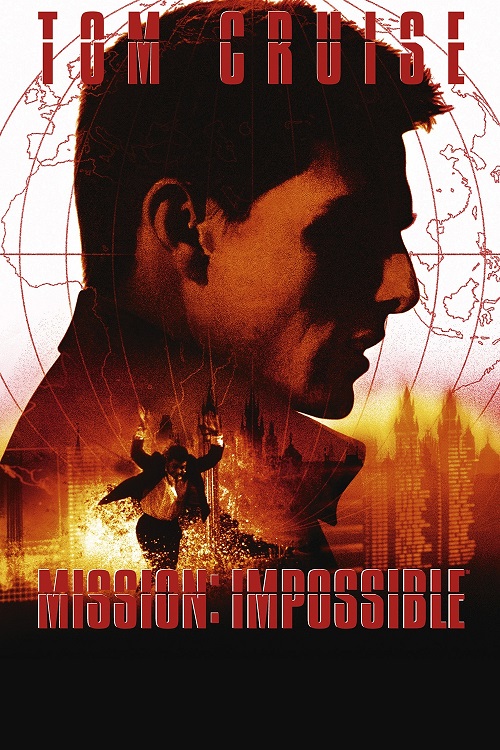 The Charles Bridge was also where Gérard Depardieu walked in Les Miserables. This movie also included locations filmed at Kutná Hora, Barrandov Studios in Prague, Toušeň, Vrbno pod Pradědem and Žatec – all in the Czech Republic. History of Royalty in the Bohemian fortress at Žatec  goes back to the year 1,004. 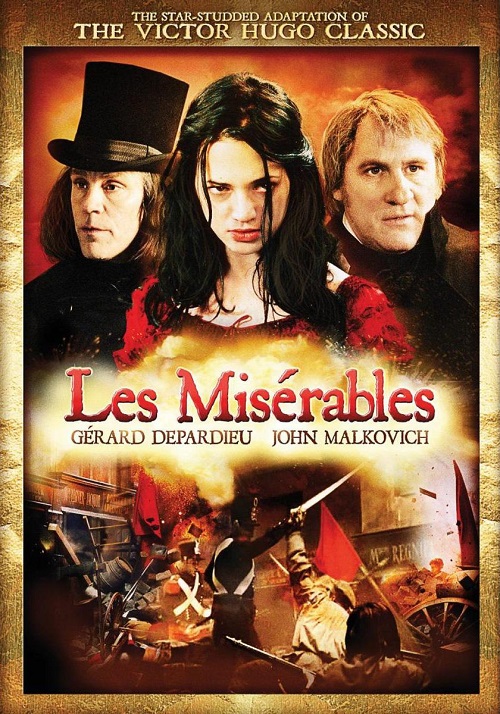 Bond… James Bond. Yes, even James Bond needs to film in Prague. Where else would you get the stylish and lavish scenes that are so typical of Bond films? In Casino Royale, over 61 film locations were listed. Of course, the talented folks at Barrandov Studio in Prague had a large part to play. But the beautiful locations… Is it any wonder that they include numerous locations around Prague, the former Kaiserbad Spa, Karlovy Vary, (as the exterior of the Casino Royale, Montenegro), Loket Castle, Loket, (as Montenegro Town Square – specifically the Hilltop Restaurant), Palackého Street, Mladá Boleslav, (many various road scenes),  the Library at the Strahov Monastery, Prague,  (the interiors of the House of Commons), The Grand Pupp Hotel at Karlovy Vary, (as the exterior of Hotel Splendid), the Danube House, Karlín, Prague, (the opening sequence and the arrival of Dryden), the Vltava River, (more of the opening sequence), the Military Museum in Zizkov, Prague, (for the Miami Body Worlds exhibition), Mill Colonnade at Karlovy Vary, (for the exteriors Montenegro Railway Station), the Old Soviet Military Hospital, Planá, Tachov District,(for the interiors of the hospital where Bond convalesces after being tortured), Wenceslas Square in New Town, Prague, Kaiserbad – Lázne I, Karlovy Vary, (the exterior Casino Royale), the National Museum, New Town, Prague, (as the Grand Venetian Hotel – reception and stairways), Vaclav Havel Airport Prague, Ruzyne, Prague, (as Miami International Airport), Strahov Monastery, Prague, Czech Republic, (as the House of Commons) the Ministry of Transport, Quay of Ludvík Svoboda, New Town, Prague, (Miami Museum exterior – body world exhibit), Planá, Tachov District, Czech Republic and Modrany Studios, Modrany, Prague, (the studio work). 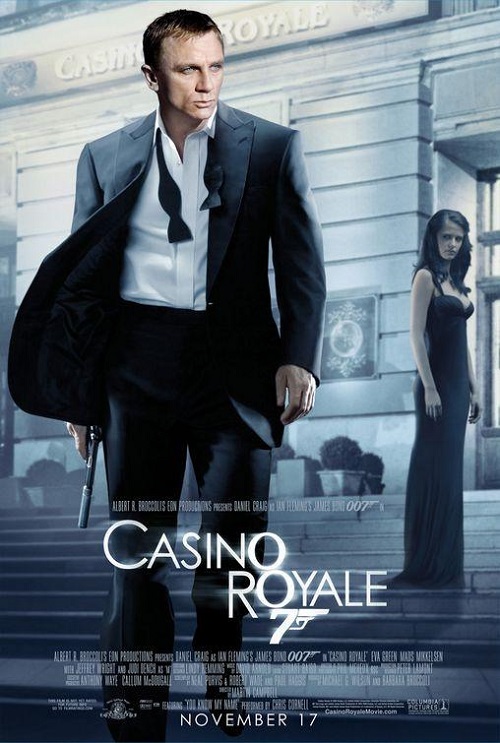 A Knight’s Tale with the late Heath Ledger. When we first saw this film, we immediately remarked how much it looked like a Czech made fairy tale. Moments into the movie, we knew that it was just that.  Who can’t immediately recognize metropolitní katedrála svatého Víta (Metropolitan Cathedral of Saints Vitus) behind him? Filmed entirely on location in the Czech Republic and at Barrandov Studios, this film shows Czech movie magic in taking us back to the days of old. 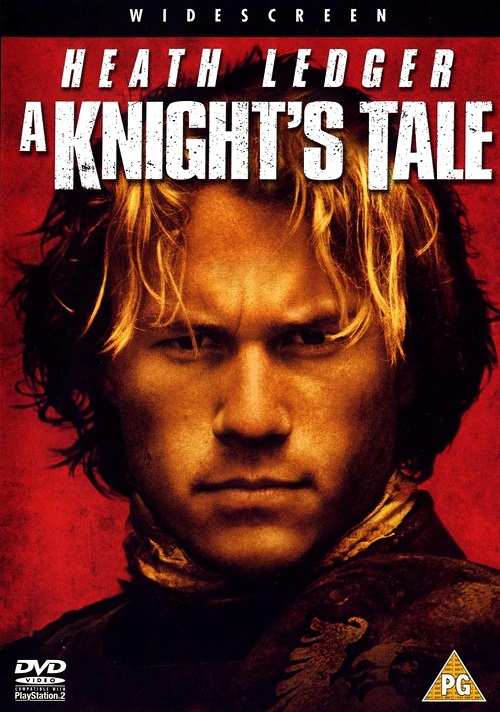 The Bourne Identity was filmed in over 33 locations all around the world, but several scenes were shot in Prague. Viewers may recognize Kampa Park on Kampa Island (Bourne asleep on the park bench), Politických vězňů (street scene), and the Boscolo Prague Hotel (US Embassy). Other locations just outside of Prague center include Trojanuv mlýn, (Eamon’s home). Much of the work was also done with Barrandov Studios in Prague. 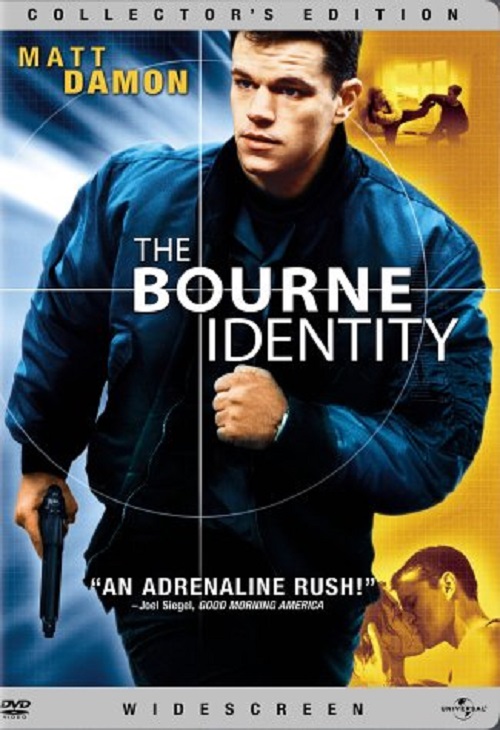 The television mini-series, Joan of Arc, was filmed in the Czech Republic as well. The beautiful buildings and landscapes are shots from Křivoklát Castle, Kutná Hora, and Landštejn Castle, located in the Jindřichův Hradec District of South Bohemia. The castle here was mentioned for the first time in 1231, and it was, at that time, the biggest Romanesque castle in the Czech lands. To this day, it remains one of the oldest and best preserved structures in Europe. Scenes were also filmed at Loket, Karlovarský kraj, Pernštejn Castle, various parts of Prague and Točník – all in the Czech Republic. 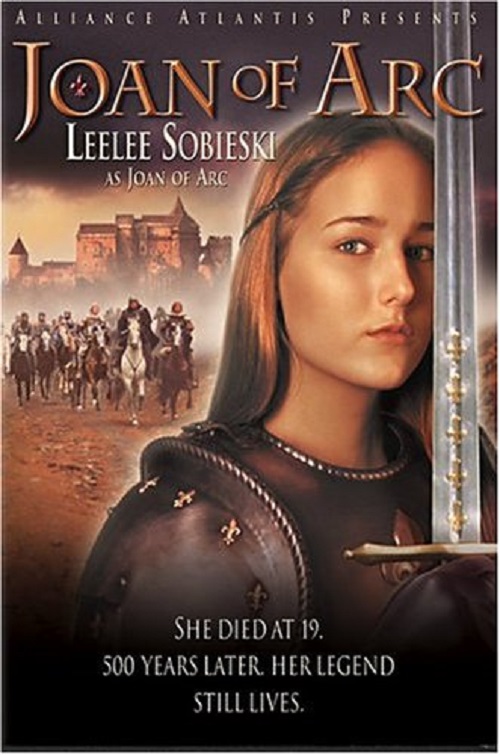 The streets of Staré Město (Old Town) in Prague were the background for many scenes from the most expensive Danish film ever, the historical epic A Royal Affair. The film was nominated for an Oscar for best foreign language film. Other locations included, various Prague streets for the street scenes, the Ploskovice Chateau (the king’s court summer palace), Hradčany Square, Doksany, Kromeríz, and of course, Barrandov Studios in Prague. 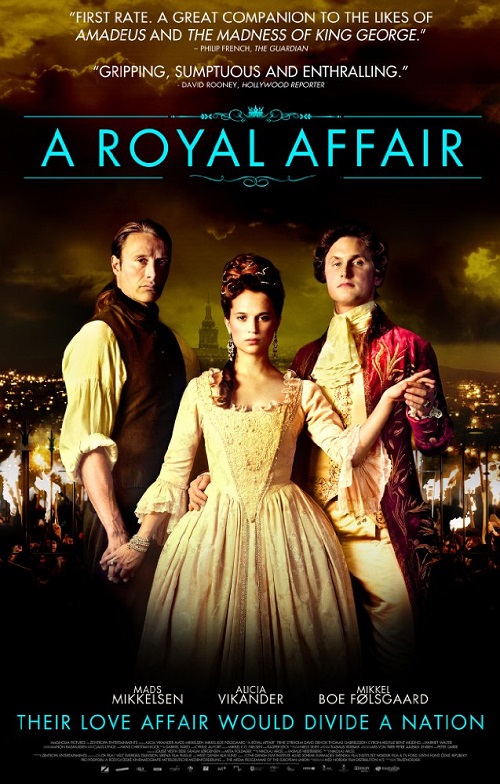 Johnny Depp caused a stir when he was sighted in Prague for the filming of From Hell. While the story is supposedly set in Victorian London, Jack the Ripper was actually loosed on the streets of Prague. Filming locations included the National Museum and various street locations in Prague, Chrám svaté Barbory (St. Barbara’s Cathedral) in Kutná Hora, Stredoceský, Czech Republic and of course, Barrandov Studios. 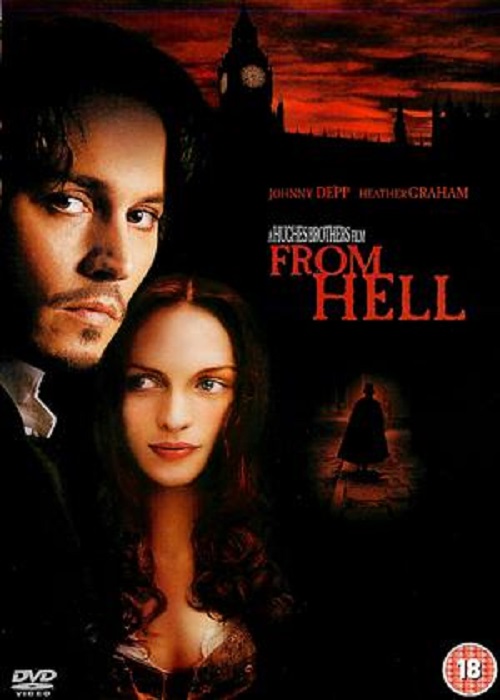 Purchase From Hell at Barnes & Noble.

Angelina Jolie stayed in Gibián Villa at Praha 6 while she was filming Wanted in the Czech Republic. A dark work with a secret society of assassins known as the Fraternity, filming locations included Pernštejn Castle, known as the marble castle because of the marble-like stone used to frame the doors and windows, Křivoklát Castle, Karlův most (the Charles Bridge), Sokoleč (for the scene in the road by the train) and Cerhenice (the scene with the railroad crossing). Much work was done at Prague Studios, Letňany Studios, and Barrandov Studios. Czech sound engineer Petr Forejt was nominated for an Oscar in 2008 for best sound mixing for the action movie. 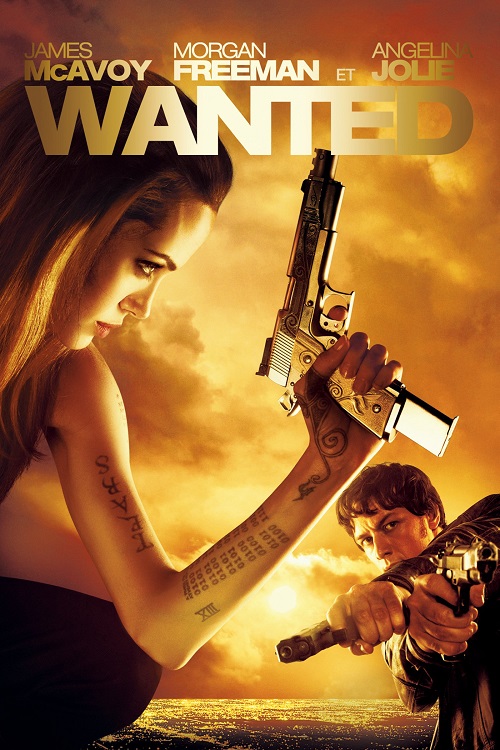 Set in the Stalin era of the Soviet Union, the plot of Child 44 is about an idealistic pro-Stalin security officer who decides to investigate a series of child murders in a country where supposedly this sort of crime doesn’t exist. The state would not hear of the existence of a child murderer let alone a serial killer. He gets demoted and exiled but decides, with just the help of his wife, to continue pursuing the case. Can you believe that at the end of August in 2013, Prague’s entire metro system was stopped for the first time during normal operating hours for the filming of this Hollywood blockbuster, produced by Ridley Scott. The entire film was made in Prague, Ostrava and other parts of the Czech Republic. 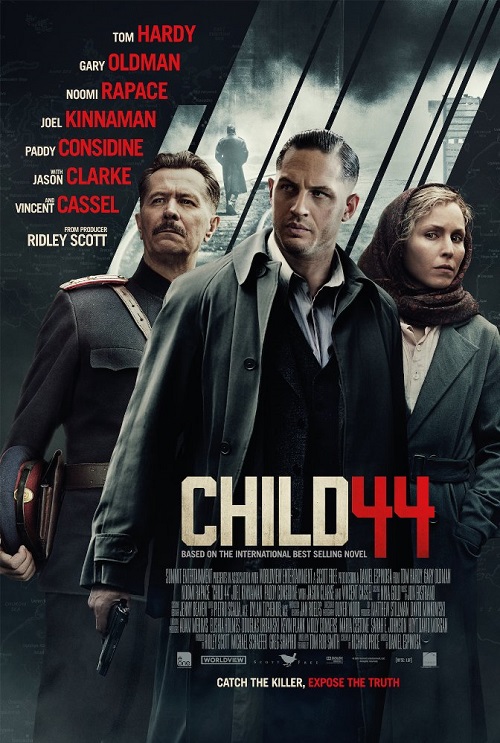 The Affair of the Necklace was filmed at Barrandov Studios in Prague and they also used locations such as Kačina (Chateau Kacina), Lednice, Chrám svaté Barbory (St. Barbara’s Cathedral), Kutná Hora, Valtice and Dobrís – all in the Czech Republic. Valtice contains one of the most impressive Baroque residences of Central Europe. It was designed as the seat of the ruling princes of Liechtenstein by Johann Bernhard Fischer von Erlach in the early 18th century and together with the neighbouring manor of Lednice, to which it is connected by a 4.3 mi long lime-tree avenue, Valtice forms the Lednice–Valtice Cultural Landscape, a UNESCO World Heritage Site. 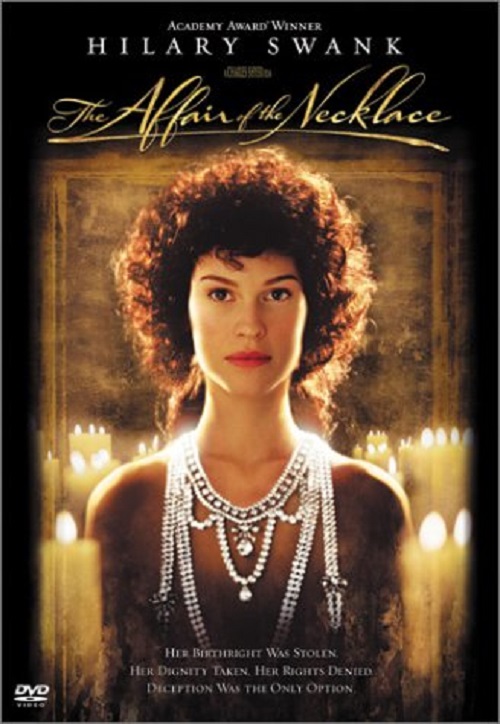 Purchase The Affair of the Necklace at Barnes & Noble.

The magical winter scenes in The Chronicles of Narnia: The Lion, the Witch and the Wardrobe were filmed at Adršpašsko-teplické skály (Adrspach National Park) in Trutnov, Czech Republic and of course, much of the magic was created at Barrandov Studios in Prague. 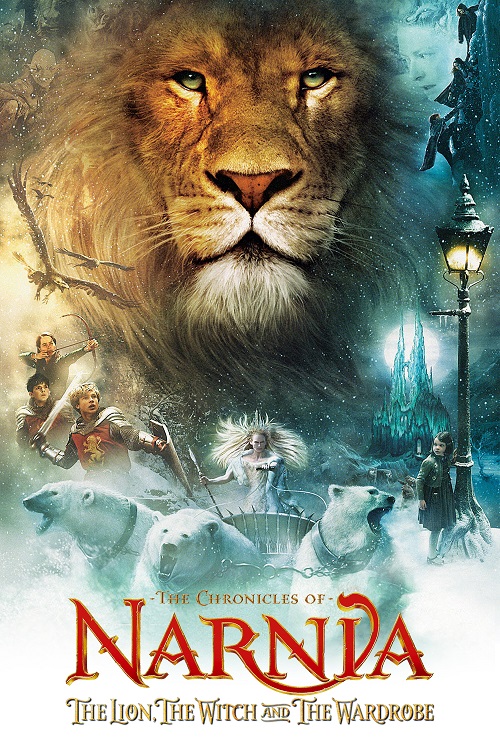 Purchase The Chronicles of Narnia at Barnes & Noble.

Sadly, Prague is often transformed into many other European cities including Vienna, London, Transylvania, etc., and is usually another place entirely on celluloid. But we Czechs know and recognize our home…

Movies filmed in Prague and the Czech Republic include (but are not limited to) the following:

Note that 95% of the above are also Barrandov Studio films. If you are going to Prague, and want a handy-dandy printable map of all of the wonderful places where all of your favorite movies were filmed and where you can retrace the steps of the stars, then today is your lucky day. Simply click here and you’ll get it for free.

See you at the movies!