At 93 years of age, retired Air Force General and Czech Top Gun Emil Boček, geared up and then sat down in a Spitfire, similar to the one he piloted on a flight 70+ years after he originally flew the airplane in World War II.

Bohumil (Emil) Boček was born in Brno – Turany in 1923. As soon as Germany invaded and occupied the former Czechoslovakia in 1939, Boček secretly left home to do his part. Risking harsh imprisonment or even death for offering his military services to nations that had taken up arms against Germany. He was only sixteen years old.

He remembers, “I was 16 years old, it was 1939 and I was invited along by Czech Legionaries from the First World War to act. It was they who had won a free republic for all of us, however, the protectorate was then destroyed. We felt an obligation to do something. We had the support of the legions, both Czech and French. They supported us not only morally but also financially, so the decision was not difficult.”

When speaking of what was hardest to leave, especially at such a young age, he said, “The circumstances of our departure was secret. Not even my mother knew about my intention to join the foreign legion. No one had any clue. I said I was invited to go skiing with a friend to Jeseníky and I did not return until six years later. The fateful morning of my departure (December 27, 1939) began like any other day. None of my friends knew when I made my journey to the train station what I was up to. All of them wished me a good ski trip as they waved goodbye.”

By the summer of 1940, he was in France and by September of the same year he had made his way to Britain where he enlisted in the Royal Air Force (RAF).

At first his service was as a mechanic, working on the fighter planes in the 312th Fighter Squadron but in October of 1942 he was accepted into pilot training and trained in Alberta Canada for two years. Returning to Great Britain in October 1944, he had become one of the youngest Czechoslovak fighter pilots (21) who had been given operational flights during World War II. As a fighter pilot, he was part of the Czechoslovak 310th Fighter Squadron, pictured below. His time in the RAF was short but active.

By 1946, when he left the RAF, he had carried out a total of 26 operational flights. Below we see some silent footage of rare RAF footage.

At the age of 94, Boček is one of the very few remaining surviving RAF pilots, and he is still the youngest.

Boček shared in the bravery of more than 2,500 Czech and Slovak airmen who joined the Royal Air Force (RAF) during World War II.

More than 500 Czechs and Slovaks were killed in action.

Their roles, sacrifices and contributions in WWII were all but erased by the Communist government and hidden from the public for decades. It was not until the fall of Socialism in 1989 that the full scope of these pilots’ activities would be released to the populace of the newly democratic Czechoslovakia.

In 1946, he was released from service at his own request and he returned to Brno where he opened a workshop for repairing motorcycles. Many pilots remained in Britain or went to other free nations, but Boček loved his home.

By 1948, with the Communist government coming to power in the former Czechoslovakia, those who had been welcomed home as heroes and began the rebuilding of the nation and their lives in earnest were signaled out and their dreams demolished. Because of their commitment to the fight for freedom and exposure to western values, the returning heroes were quickly seen as threats to the authority of the newly established Communist regime of 1948. Most were systematically marginalized in social status, imprisoned or forced into jobs of hard physical labour. Among these, Boček “voluntarily” went into enterprise at Mototechna.

Throughout his life (except during the war) he has resided in Brno.

He has been awarded with both British and Czechoslovakian honors for his actions in WWII. In November of 1989, Emil Boček was promoted to the rank of Colonel. In 2010, the President of the Republic awarded him with the Order of the White Lion for exceptional contributions to national defense and security and excellence in combat.

In 2014, he was appointed Brigadier General. In fact, General Boček has been honored with numerous awards over the years for his ongoing commitment, bravery and loyalty. A tireless worker who still fights for Czech freedom and democracy, he is an inspiration to the younger generations for his many contributions. At 94, Boček is still active in the Czechoslovak Legionary Community and the Association of former members of the RAF. In addition, he remains actively involved in the current events in Brno and in current events in general.

At present, he is among the leading signatories who has expressed strong disagreement with the pro-immigration policy, asking the government to protect the safety of its residents.

And despite his advancing years, he still continues to fly in his homeland. In July of 2016, he took to the skies after 70+ years in a twin-seater Supermarine Spitfire in what he called a dream flight at Biggin Hill Airport in Kent. Boček gives a triumphant thumbs-up from the cockpit. For our Czech speaking friends, Emil Boček recalls memories in his own words in the video below.

An entertaining fictional film on the subject of Czech pilots who fought for the British Royal Air Force (RAF) during the Second World War is Dark Blue World (Tmavomodrý svět). It is a 2001 film by Czech director Jan Svěrák, the Academy Award-winning director of Kolya. The screenplay was written by Zdeněk Svěrák, the director’s father. The film stars Czech actors Ondřej Vetchý, Kryštof Hádek and Oldřich Kaiser. British actors include Tara Fitzgerald, Charles Dance and Anna Massey. Get the film here.

There is also a documentary DVD about his extraordinary life, Nezlomný o životě letce RAF Emila Bočka, which is put out by Extra Publishing in the Czech Republic. An amazing story of an incredible hero, we salute you! 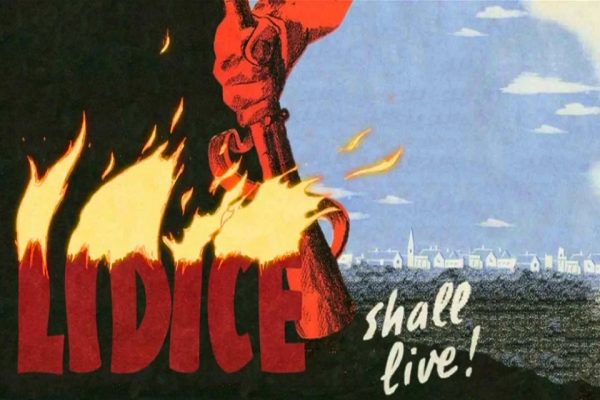 Travel Back in Time to Prague
COMMENTS 3