Mach 2 in the Concorde

What is the Concorde?
Aérospatiale-BAC Concorde is a turbojet-powered supersonic passenger jet airliner. It featured a maximum speed over twice the speed of sound at Mach 2.04, with seating for 92 to 128 passengers. Taking its first flight in 1969, the Concorde entered into commercial service in 1976 and continued flights for 27 years until 2003. It is one of only two supersonic transports to have entered commercial service; the other was the Tupolev Tu-144.

When was Concorde built?
Concorde was jointly developed and produced by Aérospatiale and the British Aircraft Corporation (BAC) under an Anglo-French treaty. First flown in 1969, Concorde entered service in 1976 and continued commercial flights for 27 years. It was the first aircraft to have computer-controlled engine air intakes. It meant that they could slow the air down by 1,000 mph in the space of about 15ft (4.5m). Without that, the engines would have blown apart. There were immense technical challenges in building a supersonic airliner. Engines would need to be twice as powerful as those built for normal jets, and the aircraft’s frame would have to withstand immense pressure from shock waves and endure high temperatures caused by air friction. Concorde also had carbon-fibre brakes. Back in the 1960s, this was a technological marvel. This may not sound much but it was one of the most significant leaps in aviation technology at the time. 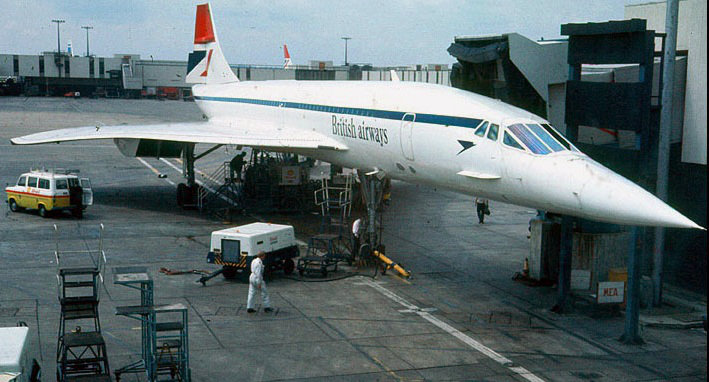 Is it true Russian spies tries to steal the Concorde?
Yes. Khrushchev ordered Soviet intelligence to find out as much as possible about the Anglo-French prototypes. In 1965, the French arrested Sergei Pavlov, head of the Paris office of the Soviet airliner Aeroflot, for illegally obtaining classified information about France’s supersonic project. Another high-level Soviet spy remained unknown, however, and continued to feed the Soviets information about the Concorde until his arrest in 1977. On December 31, 1968, just three months before the first scheduled flight of the Concorde prototype, the fruits of Soviet industrial espionage were revealed when the Soviet TU-144 became the world’s first supersonic airliner to fly. The aircraft looked so much like the Concorde that the Western press dubbed it “Konkordski.”

What does the Russian TU-144 look like?
The Tupolev Tu-144 (NATO name: “Charger”) is a retired jet airliner, which was the world’s first commercial supersonic transport aircraft (SST). It is one of only two SSTs to enter commercial service, the other being the Anglo-French Concorde. The design, publicly unveiled in January 1962, was constructed in the Soviet Union under the direction of the Tupolev design bureau, headed by Alexei Tupolev. 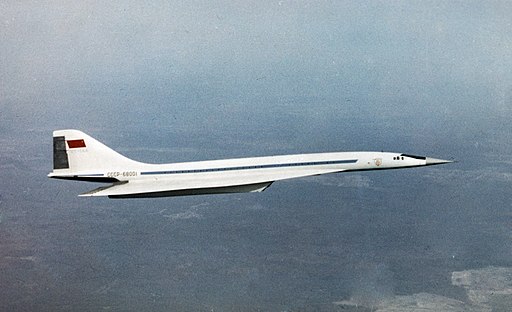 Did the Soviet TU-144 get some Karma?
Well, in 1973 the TU-144 came to the West to appear alongside the Concorde at the Paris Air Show at Le Bourget airport. The date was June 3 and there were over 200,000 people watching the skies. The Concorde flew a flawless demonstration. Then it was the TU-144’s turn. The aircraft made a successful 360-degree turn and then began a steep ascent. Abruptly, it leveled off and began a sharp descent. Some 1,500 feet above the ground, it broke up from overstress and came crashing into the ground, killing all six Soviet crew members and eight French civilians.

What about the Droop Nose on the Concorde?
Concorde’s drooping nose, developed by Marshall Aerospace, enabled the aircraft to switch between being streamlined to reduce drag and achieve optimum aerodynamic efficiency, and not obstructing the pilot’s view during taxi, takeoff, and landing operations. Due to the high angle of attack, the long pointed nose obstructed the view and necessitated the capability to droop. The droop nose was accompanied by a moving visor that retracted into the nose prior to being lowered. When the nose was raised to horizontal, the visor would rise in front of the cockpit windscreen for aerodynamic streamlining. 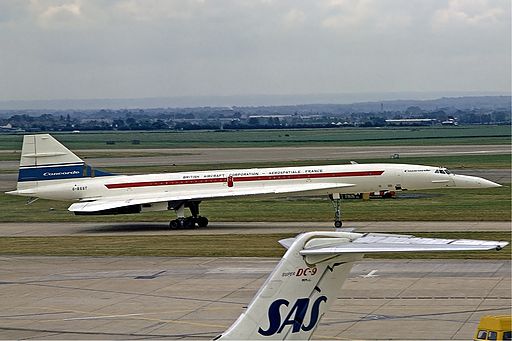 How fast was the Concorde plane?
With a takeoff speed of 220 knots (250 mph) and a cruising speed of 1,350 mph – more than twice the speed of sound – a typical London to New York crossing would take a little less than three and a half hours as opposed to about eight hours for a subsonic flight. How high did the Concorde fly?
While subsonic commercial jets took eight hours to fly from New York to Paris, the average supersonic flight time on the transatlantic routes was just under 3.5 hours. Concorde had a maximum cruise altitude of 18,300 metres (60,039 ft) and an average cruise speed of Mach 2.02, about 1155 knots (2140 km/h or 1334 mph), more than twice the speed of conventional aircraft.

The only thing that tells you that you’re moving is that occasionally when you’re flying over the subsonic aeroplanes you can see all these 747s 20,000 feet below you almost appearing to go backwards, I mean you are going 800 miles an hour or thereabouts faster than they are. The aeroplane was an absolute delight to fly, it handled beautifully. And remember we are talking about an aeroplane that was being designed in the late 1950s – mid 1960s. I think it’s absolutely amazing and here we are, now in the 21st century, and it remains unique. – John Hutchinson, Concorde Captain, The World’s Greatest Airliner

When did the last Concorde fly?
On 24 October 2003, British Airways withdrew Concorde, bringing to a close the world’s only supersonic passenger service. Its last transatlantic flight carried celebrities from New York to Heathrow marking the end of three decades of supersonic travel. The final scheduled commercial flight was BA002 from JFK operated by G-BOAG.

Was the Concorde a commercial success?
People still argue about that. Many people complained bitterly about the noise pollution caused by its sonic booms and loud engines. Most airlines declined to purchase the aircraft, and just 16 Concordes were built for British Airways and Air France. Service was eventually limited between London and New York and Paris and New York, and luxury travelers appreciated the less than four-hour journey across the Atlantic. Why was the Concorde retired?
Concorde was retired in 2003 due to a general downturn in the aviation industry after the type’s only crash in 2000, the 11 September terrorist attacks in 2001, and a decision by Airbus, the successor firm of Aérospatiale and BAC, to discontinue maintenance support. British Airways retired the world’s only supersonic commercial airliner because they say it was no longer profitable.

Will the Concorde ever fly again?
No, says British Airways. “The only real reason for Concorde’s retirement was politics, and that remains the single obstacle in the way of her return to the skies,” says Ben Lord from the SCG. British Airways has the same answer that they always have. No chance. “We firmly believe that the technical and safety challenges of returning a Concorde to the skies are absolutely prohibitive,” says British Airways.

No military plane came anywhere close. It was so manoeuvrable and there was so much spare power, even ex-fighter pilots weren’t used to it. – Jock Lowe

What was it like to fly the Concorde?
The whole point of the amazing aircraft known as the Concorde was that it flew way beyond the reach of other planes. It flew so much faster and higher, hidden away from others. Jock Lowe is not only Concorde’s longest-serving pilot, he’s a former president of the Royal Aeronautical Society. He is modest about it, but Jock is part of an elite club. There are more US astronauts than there are Concorde pilots.

Are there any other planes like the Concorde?
Not for commercial passengers, no. Other than the now retired TU-144 we mentioned, the only other large supersonic aircraft comparable to Concorde are strategic bombers, principally the Russian Tu-22, Tu-22M, M-50(experimental), T-4 (experimental), Tu-160 and the American XB-70 (experimental), B-1.

Did a woman ever fly a Concorde?
Yes. Barbara Harmer was a former hairdresser turned Captain and the first ever woman to pilot the aircraft, when she completed her conversion course in March 1993. Her first historic Concorde flight in 1993 qualified her as the first female pilot to fly Concorde, and made her world famous. Public scrutiny was intense, with Barbara becoming a celebrity. She took fame in her stride, and flew Concorde for a number of years. She was the only woman in British Airways to pilot Concorde. She passes away after a battle with cancer in February of 2011. Did a Concorde ever crash?
Yes, and it was ugly. On July 25, 2000, an Air France Concorde crashed 60 seconds after taking off from Paris en route to New York. All 109 people aboard and four on the ground were killed. The accident was caused by a burst tire that ruptured a fuel tank, creating a fire that led to engine failure. The fatal accident–the first in Concorde’s history–signaled the decline of the aircraft. On October 24, 2003, the Concorde took its last regular commercial flight. (You can watch the video here.)

What is the Save the Concorde Group?
They continue to firmly believe that the Great British public and the wider world deserve to have the opportunity to see Concorde flying and, to this day, their are no technological reasons whatsoever why this ambitious aim cannot be achieved. The British and French people paid for the development of Concorde. Those same people have a right to be allowed to see this great icon of the 20th century grace the skies once more.

Here is an advertisement from British Airways.