The Life and Work of Ludvík Kuba

Ludvík Kuba was a Czech landscape painter, musician, writer, and professor at the Academy of Fine Arts. He was known for collecting folk traditions. He was also known as the artist of two centuries. In his painting, he was strongly influenced by both Impressionism and Art Nouveau. 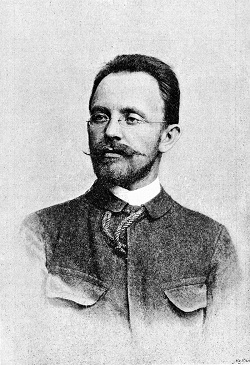 Ludvík Kuba studied to play the organ and privately learned drawing from Bohuslav Schnirch and Karel Liebscher. He was accepted to the Academy of Fine Arts and educated in the studio of Max Pirner (1891–93). Then he studied at Académie Julian in Paris (1893–95) and the school of Anton Ažbe in Munich (1895-1904).

He then devoted his life to painting, collecting folk songs (e.g. Slovanstvo ve svých písních – “Slavonic peoples in their songs” recorded 4000 songs), and writing about folk traditions. His artistic style was highly marked with Impressionism and he mainly painted landscapes (his favorite was South Bohemia), portraits, and still-lifes.

When I was in Prague I found a very large, very heavy book of his work.

The book has linen pages and is from 1946. It’s one of my great treasures.

I believe it has all of his known works, from sketches all the way to his paintings.

Ludvík Kuba loved music and folklore. He traveled through the Balkans, observed local Slavic cultures, and wrote in detail about the local customs, history, and feelings of the people. Memorable works include travels through Macedonia in Book about Macedonia (1925-1927) and Songs from Bosnia and Herzegovina.

A fact more people don’t know is that Tchaikovsky was an admirer of his work and research into Slav music and its ethnographic history.

Ludvík Kuba communicated with Tchaikovsky on at least 5 occasions that we know of.  Tchaikovsky was impressed with his song collections and knowledge.

This letter was written by Tchaikovsky in 1888, it was originally written in Russian.

Your letter reached me only today, for I was leaving for St. Petersburg on business and have just returned. I am afraid that my answer will not have time to reach you because I doubt that by the 3rd day it will manage to get to Poděbrady. But maybe. This letter will be forwarded to you if you made the proper arrangements when you left.

In the hope of this, I hasten to write that I was very touched by your attention and that I have retained an extremely pleasant memory of our acquaintance with you on an unforgettable day for me on February 19/7.

Since I returned to Russia, I have very often vividly remembered you, for your excellent collection interests me very much, and from time to time I devote my leisure time to studying it. If you permit, someday I will express to you some of my frank opinions about your wonderful work (especially about the Great Russian and Little Russian songs included in your collection), but I can now say that I bow to the excellent qualities of your collection.

You put a lot of patience, conscientious work, love for art and your nationality into it, and, finally, a lot of musical talent, for your harmonizations are beautiful.

Now I have looked through the Moravian and Slovene songs you mentioned, and I find them really full of charming charm.

The day after tomorrow I will receive P. I. Yurgenson, and I will, of course, convey to him your offer to publish a collection of Czech-Slavic songs by him. I will encourage him very earnestly to accept your proposal, and I hope that things will be arranged. But where to write to you? Do you expect your return from the trip in 10 weeks, or would you like to have Jurgenson’s answer now? If this letter reaches you on the 3rd, then take the trouble to answer this question.

I hope to be in Prague again in the winter, and then, perhaps, I will have the pleasure of seeing you again and personally expressing to you my liveliest gratitude and sympathy. In the meantime, take the trouble to accept my wishes for your all well-being and a happy journey.

I have the honor to be sincerely devoted and respectful to you,

Take the trouble to reply to the address at the top of the first page of the letter. 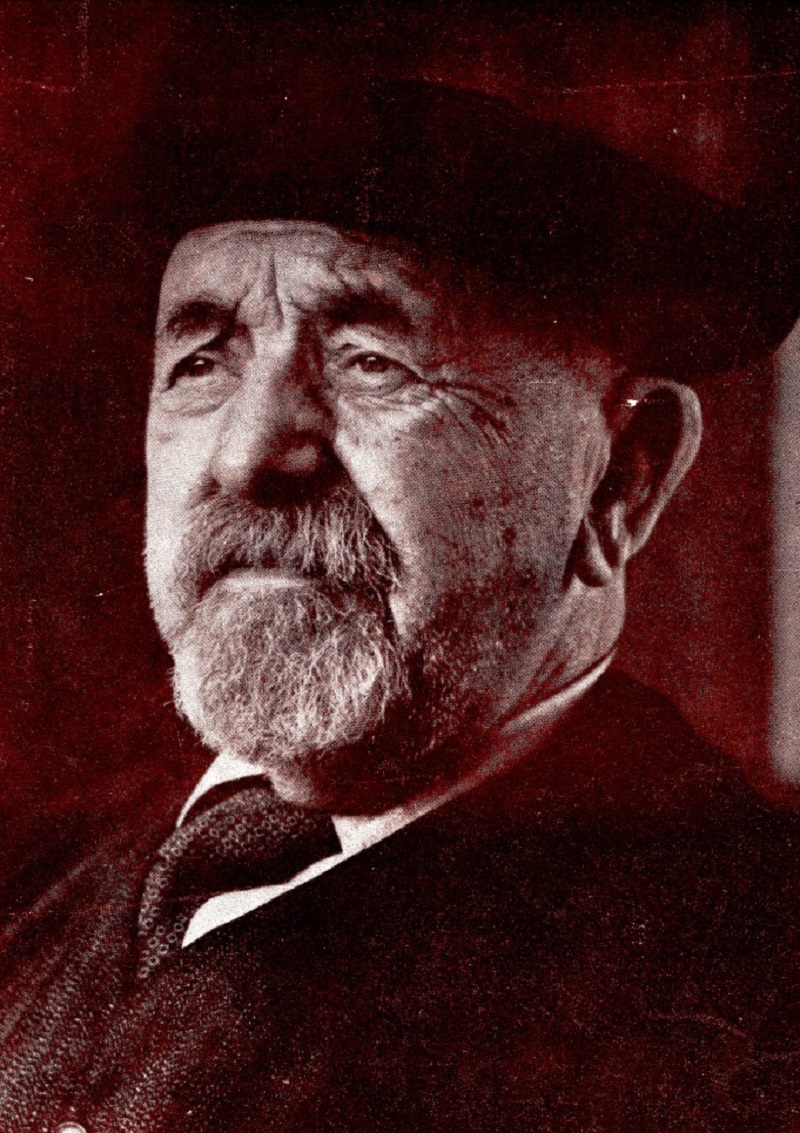 Ludvík Kuba was born as the second of eleven children of locksmith Ludvík Kuba and his wife Anna, b. Mikšovské. He showed artistic inclinations from a very young age and of his siblings, he got along best with his brother Karl, who later became an artistic blacksmith. In addition to drawing, he was also fond of music, gradually learning to play the violin, piano, organ, and other musical instruments. From 1873 he attended the burgher school in Poděbrady.

From 1877 to 1879 he studied at the Prague organ school with František Zdenek Skuherský. He completed his further studies at the teachers’ institute in Kutná Hora, where Gustav Adolf Lindner was the director at the time. He often painted corners of the historic city and its surroundings and contributed his pictures to magazines. At the same time, he started self-studying Slavic languages, which he evaluated very well in his ethnographic and folkloristic activities. 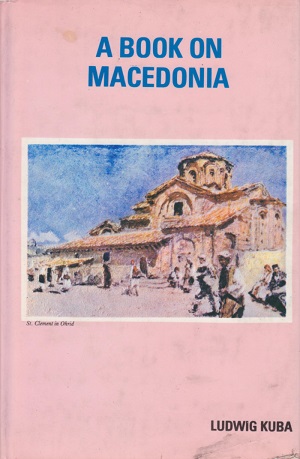 After completing his studies in 1883, he worked as a tutor for two years and worked intensively on the first volume of the collection Slovanstvo ve svých zpěvech (Slavonic music in its songs), which was published in 1884. In the same year, he decided to leave his teaching career and devote himself to the profession of an ethnographer.

He undertook frequent study trips to Lusatia, Galicia, Ukraine, and Russia. Most often, however, he went to the Balkans, Montenegro, and to Bosnia and Herzegovina.

In 1888, he completed his painting education with Karel Liebscher and, on his recommendation, entered the Prague Academy of Painting with Max Pirner in 1891. In 1893 he went to Paris, where he studied painting at the private Julian Academy.

Soon after the wedding, the couple left for a year’s stay in Mostar, where Kuba had planned to paint the cycle of Slavism in pictures. But this did not happen, because it seemed to him that he did not yet master the oil painting technique well enough for this task. 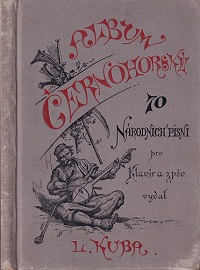 He, therefore, decided to continue studying painting, this time in Munich, at the school of the Slovenian painter Anton Ažbe.

From 1904, Cuba lived in Vienna, and in 1910, before returning to his homeland, he undertook a three-month trip to Italy, where he visited important artistic centers, Venice, Florence, Rome, and Naples. From 1911 onwards he lived permanently in Prague.

Due to certain disagreements with the Mánes art association, he mainly devoted himself to ethnographic work, for which he received numerous recognitions and awards in his homeland and abroad over the years. He continued to undertake study trips and worked on other works of his collection Slavism in his songs.

On his travels in Europe, he observed and recorded the everyday life of the inhabitants and listened to them. He portrayed this in the book Cesty za slovanskou písní, Zaschlá paleta and Křižem kražem slovanským světem. A large part of the habits and customs that he recorded are now buried in the abyss of history. 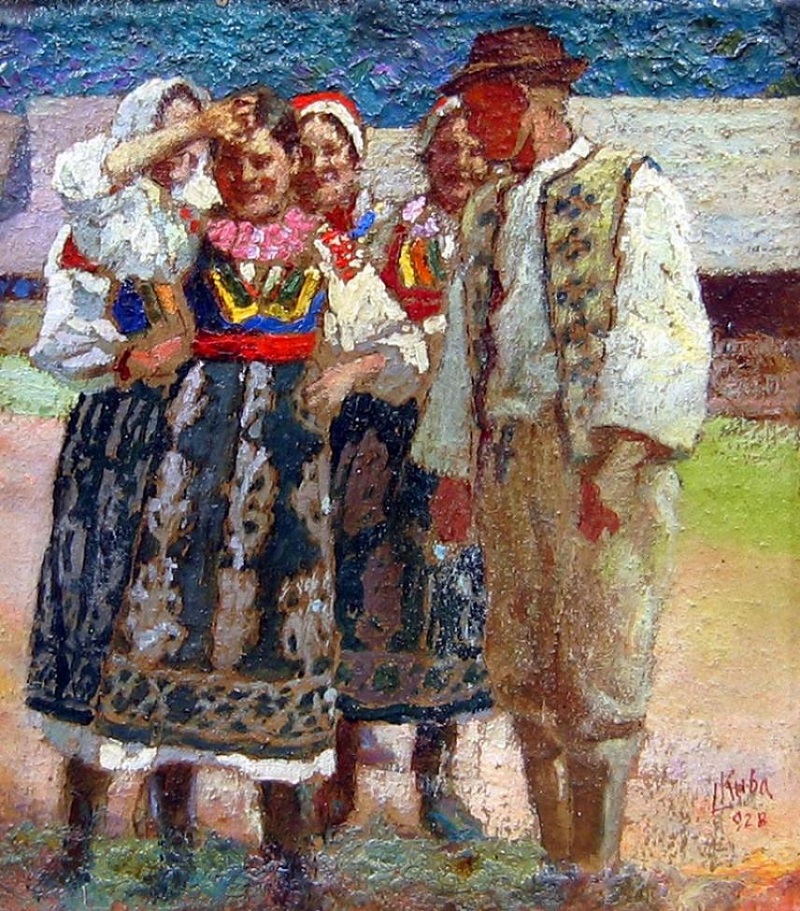 The Ministry of Education bought 56 ​​paintings from the exhibition of his paintings from these trips, organized in 1924 in Prague, which meant a certain financial satisfaction for the artist and the possibility to continue his work. He also devoted himself to publishing activities, published articles and feuilletons in the magazines Květy, Osvěta, Lumir, Národní listy, Zlatá Praha, and others.

In addition to the study of Slavic peoples, Ludvík Kuba also devoted himself to a thorough study of Eastern philosophy and art. He mastered Chinese, and although he had never been to China, he gathered through his friends a valuable collection of Chinese and Japanese art, part of which is kept in the Náprstek Museum of Asian, African and American Cultures (Náprstkovo muzeum asijských, afrických a amerických kultur).

Until 1921, he regularly traveled with his family to Březnice near Příbram, where his wife came from, to her parents’ house. Here he painted genre pictures from the city and the surrounding area. From there, he also went on trips to various corners of southern Bohemia in search of painting subjects. Below you may see some of his work… 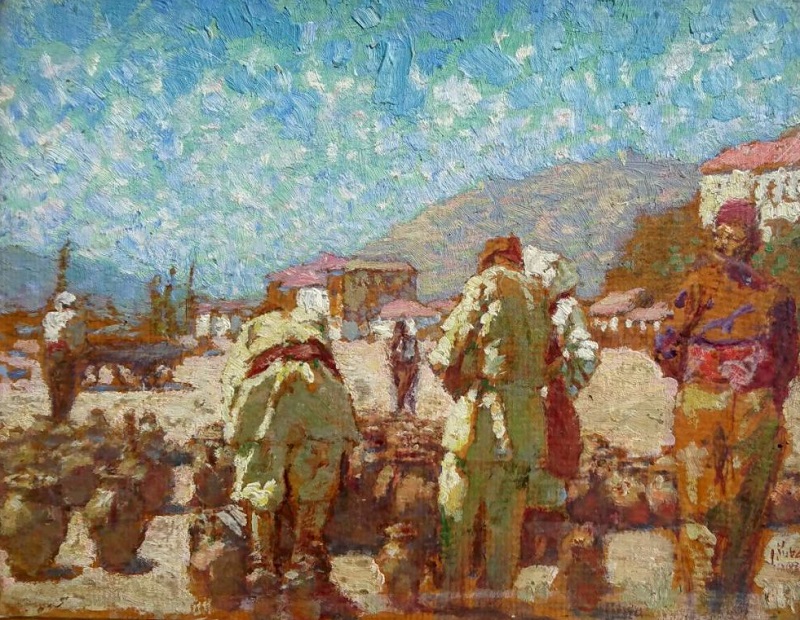 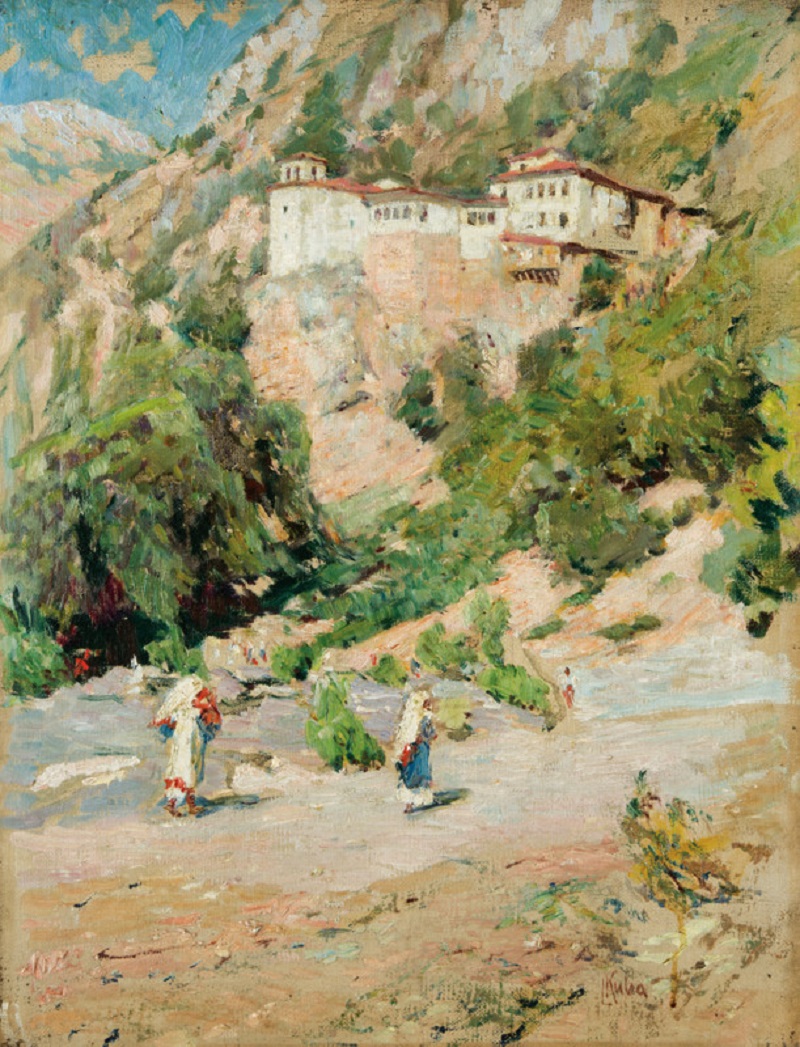 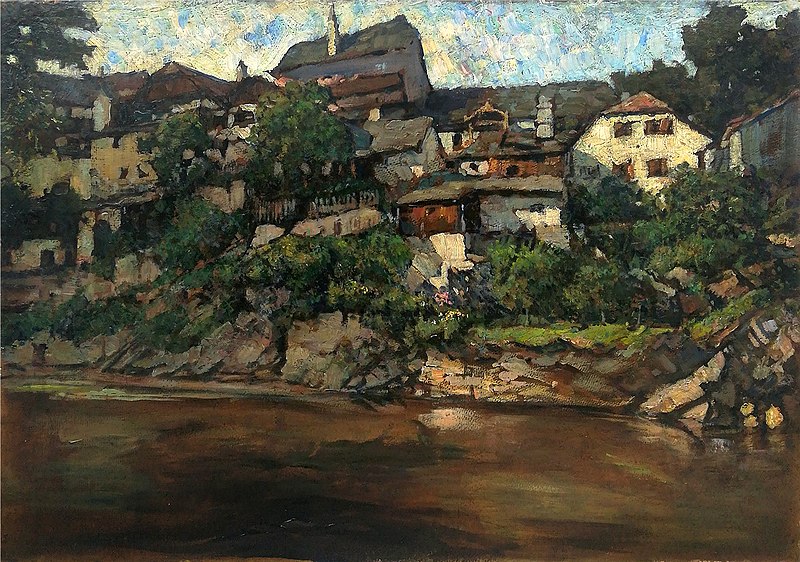 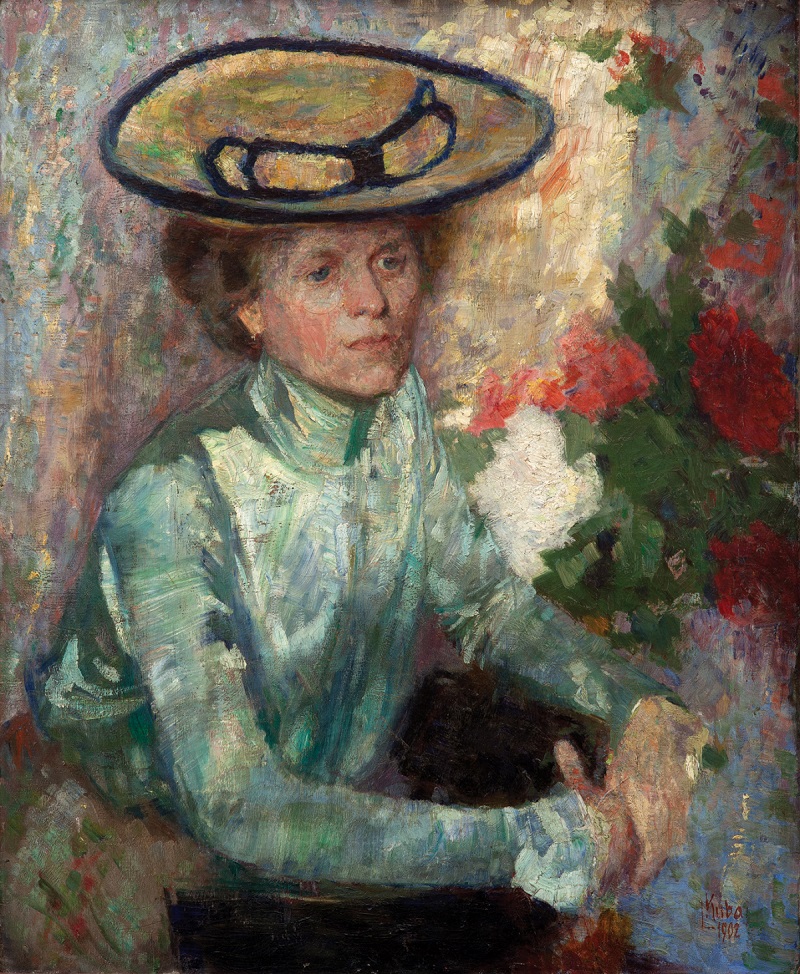 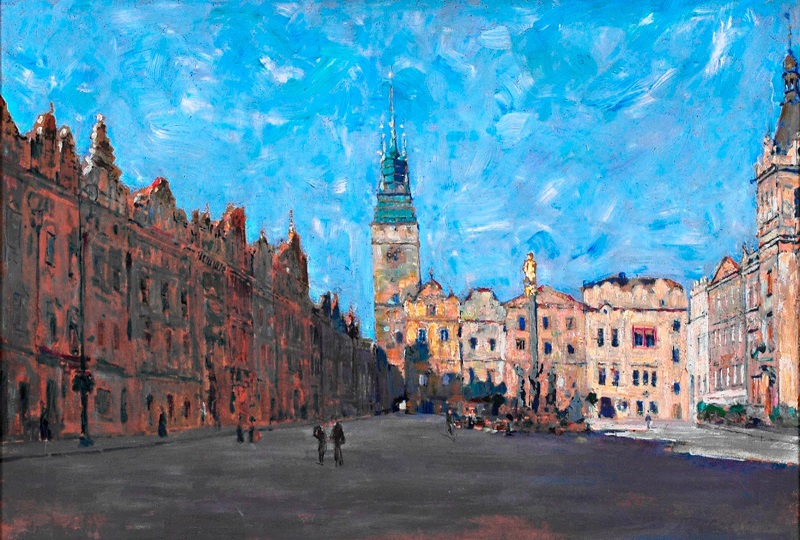 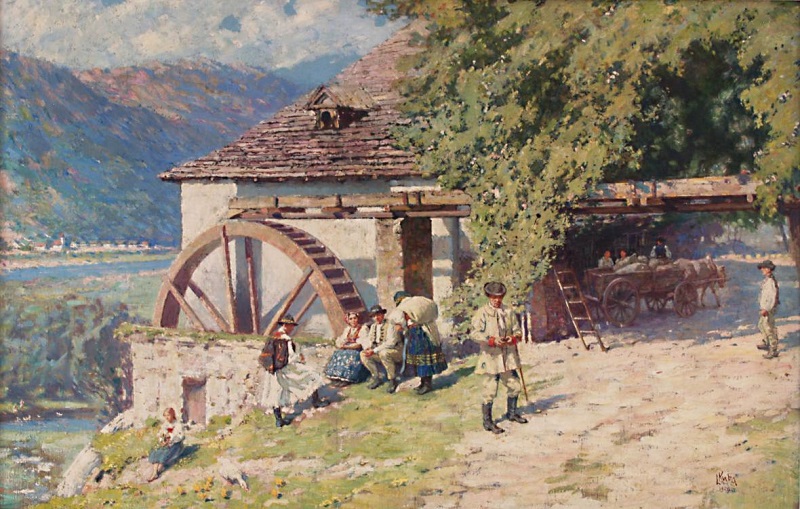 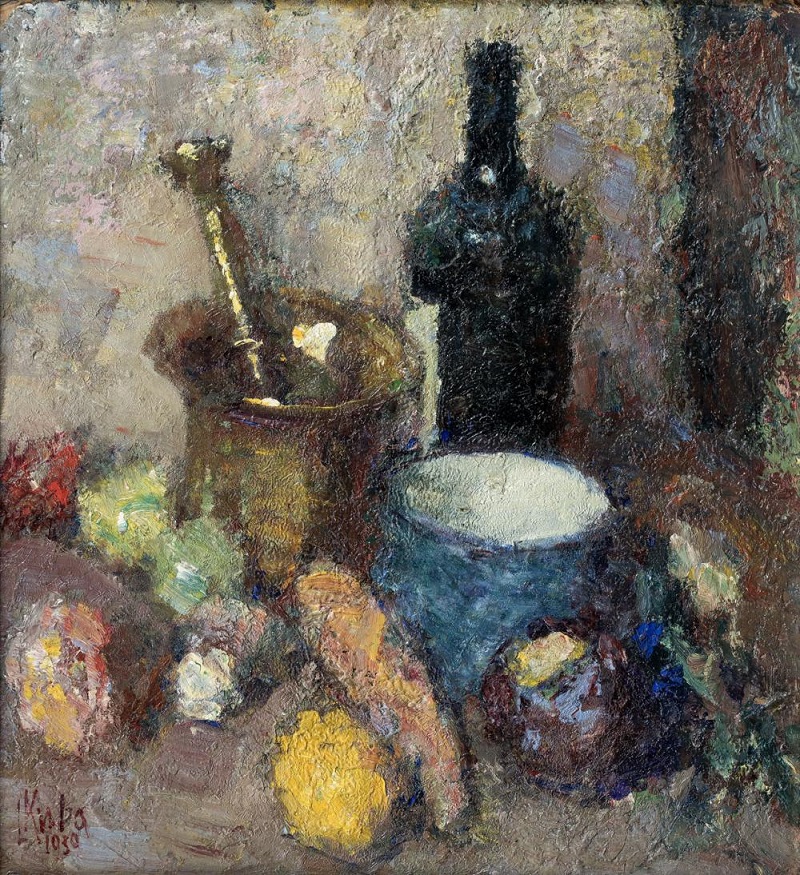 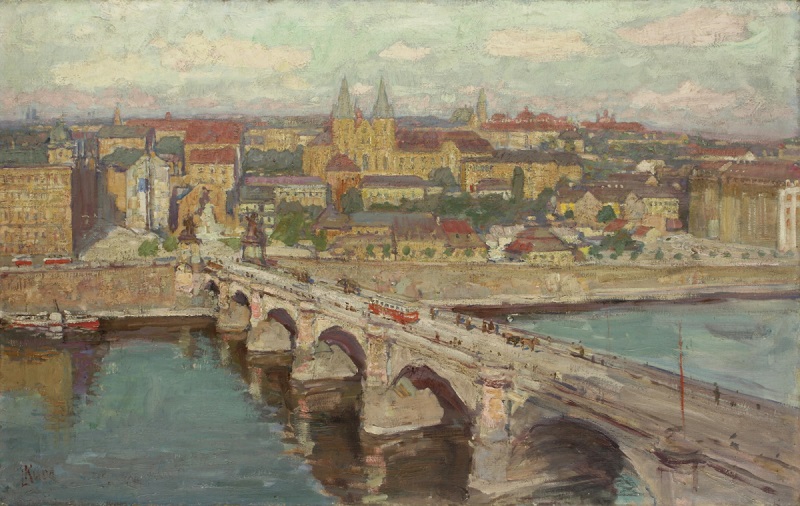 In 1937, he participated as a member of the official delegation of the exhibition of Czechoslovak art in Moscow. During his long life, he collected rich pictorial material, and almost until the end of his life he also held exhibitions of his paintings. Kuba studied the Slavic peoples to get to know their music, musical instruments, and customs. He presented them artistically and content-wise on canvas and in his books, thereby documenting them for future generations. 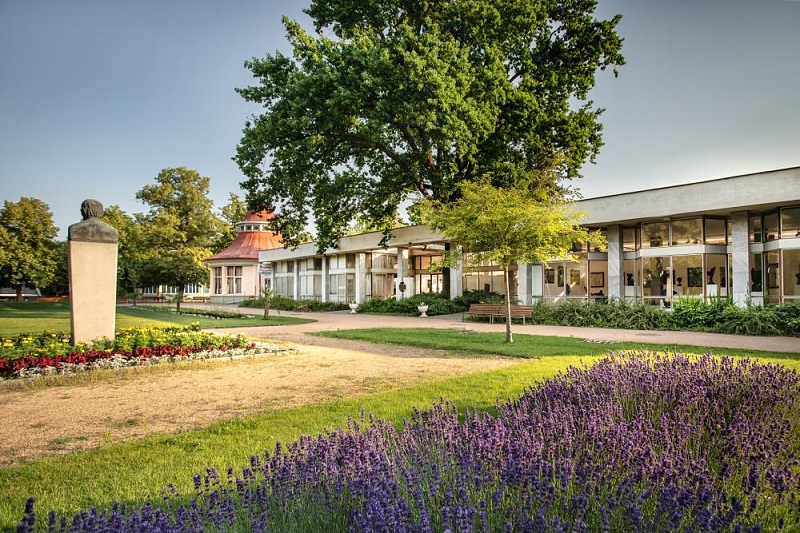 Ludvík Kuba gained great recognition in Slavic countries. He was named an honorary citizen of several cities at home and abroad. In 1923, he received the Serbian Order of Saint Sava. In 1930 he was awarded the Bulgarian Order III. degree and in 1931 the Bulgarian Seraf Prize. In 1935, he became a member of the Yugoslav Academy in Zagreb. 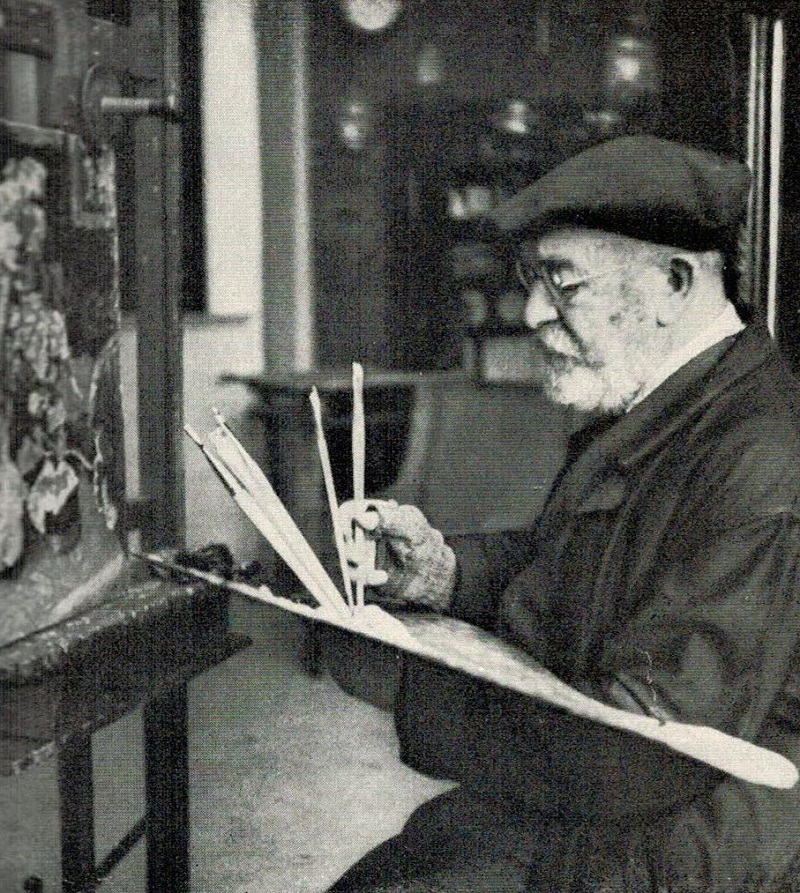 In 1936, he received an honorary doctorate from Charles University. In 1937, he was made a full member of the Czech Academy of Sciences and Arts. In 1945, he was awarded honorary citizenship by the national and cultural organization Domowina. In 1945 at home, he was named national artist of Czechoslovakia, made an honorary professor of the Academy of Fine Arts in Prague, and made an honorary member of the Union of Czech Musicians. Below is a self-portrait from 1944. 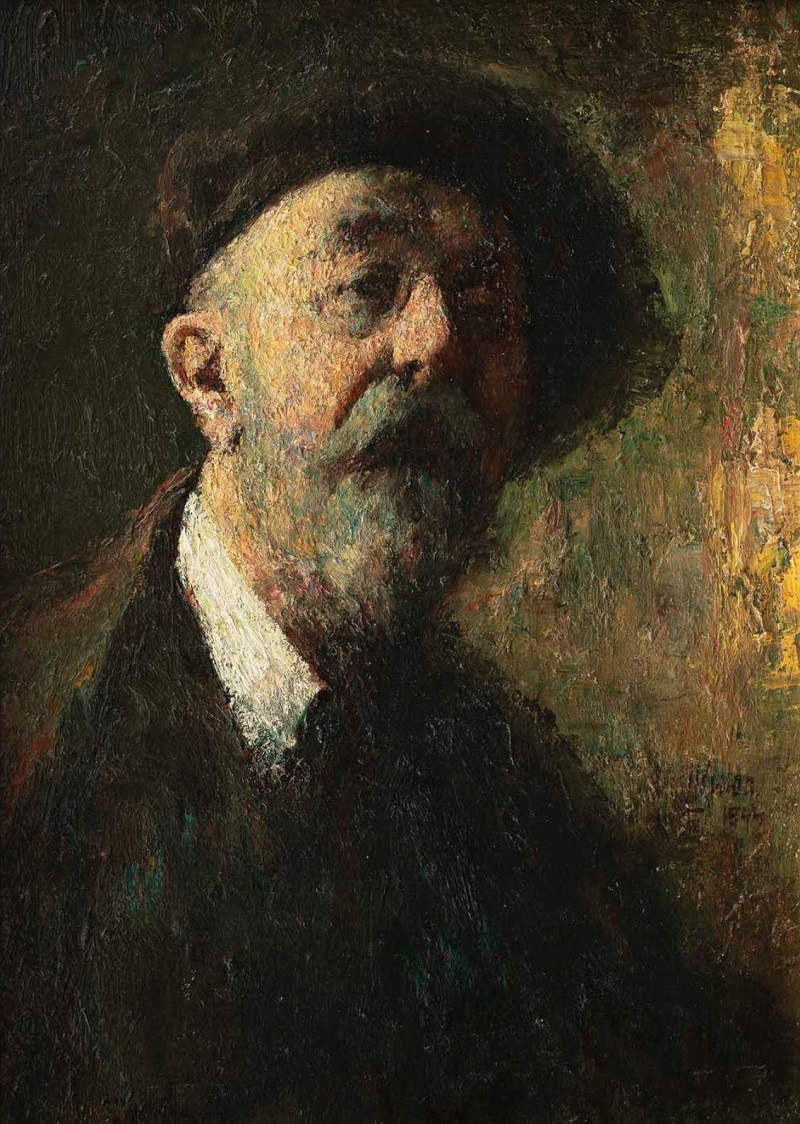 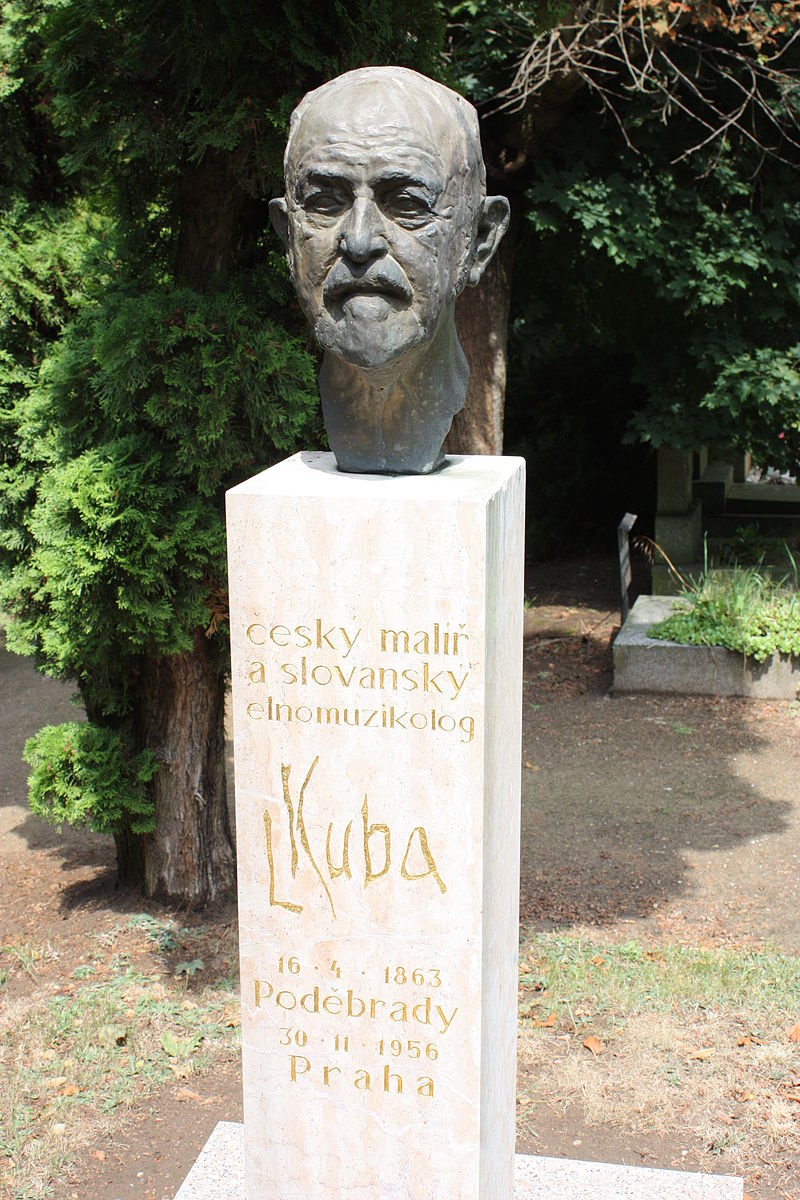 Bust and tombstone of Ludvík Kuba in the cemetery in Poděbrady. 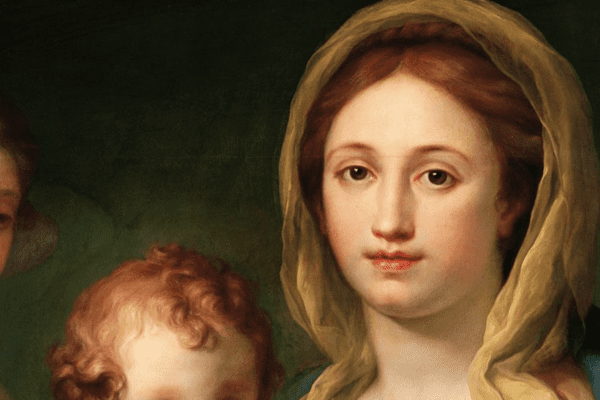