Legend of the Prague Bell that Announced Death

There is a house in Prague which was said t have announced death. How? Because legend says the Prague bell rang on its own…

At first glance, it looks like an ordinary house on Mostecká Street, which leads to Charles Bridge. It houses the U Tří zvonů pub, which got its name because it sat right next to an inn which used to be a burgher’s house, and this house had three bells. According to legend, one of these bells announced death. 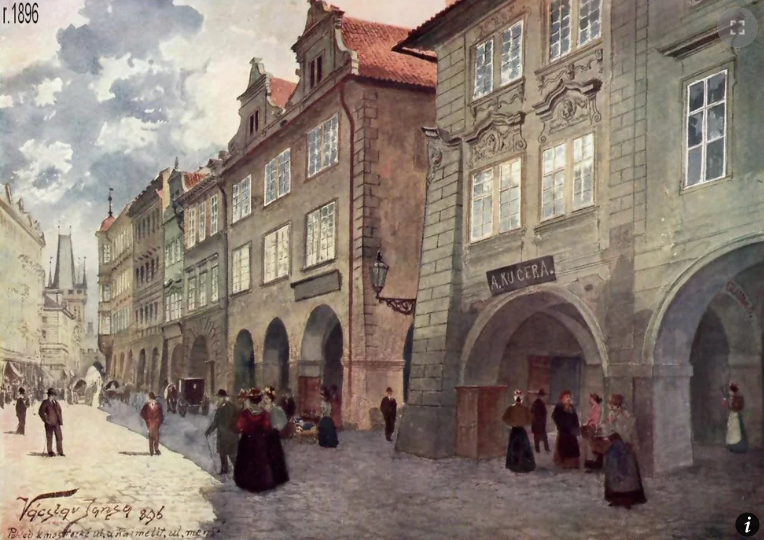 According to old legends from the books 77 Prague Legends and Pražské Pověsti, when workers 300 years ago began digging the foundations for the construction of the house, they discovered three small bells in the ground. It was said that these used to hang in the tower of the Episcopal Palace, which once stood on the site. 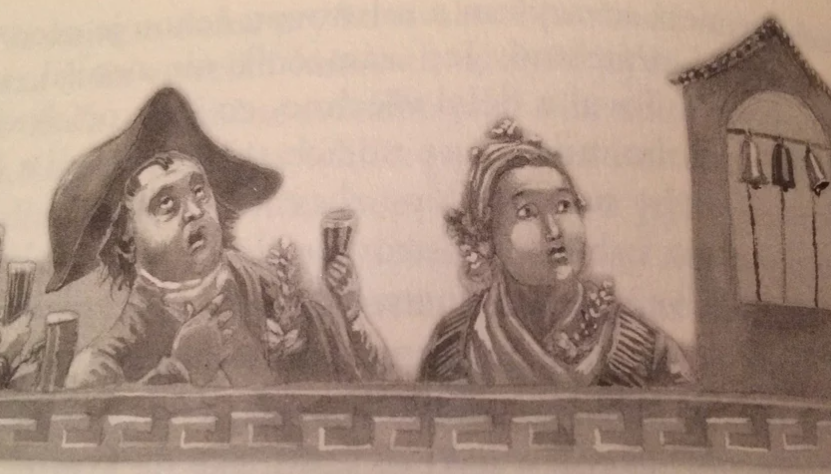 The owner of the house liked the bells very much so he decided to keep them as a rare monument. He hung them in a small turret in the yard. Each bell had its work: the white bell rang for the of servants to announce lunch, the red bell rang in the evening for the prayer, and finally the last bell, known as the black bell, rang when someone died in the house.

Certainly this was not a bell anyone wanted to hear toll!

“The owner of the house went on a long journey and the lady was left alone in the house. Suddenly the death bell rang out on its own. Frightened, the lady immediately looked for the keys to the tower, but they were in their place and none of the servants had entered it, “the writer Alena Ježková described in her book, 77 Prague Legends. 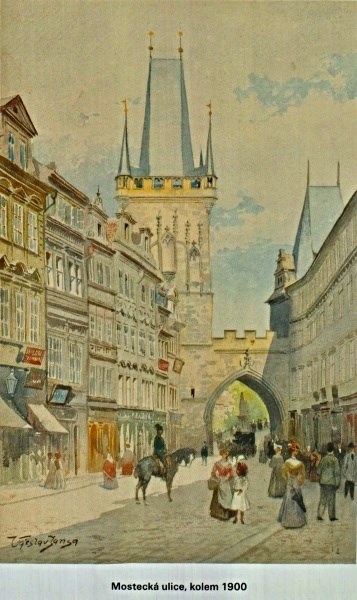 As soon as the black bell stopped ringing, a messenger appeared at the door of the house with a sad message. The husband of the lady of the house had met with an accident on the his return. He had died.

The owner of the house mourned her dead husband, but that did not deter the many suitors who came to her door. Because the lady did not want to forget her husband, she rejected them all and lived alone for a very long time.

After a while, however, she began to feel sad being in the house all alone. At that moment, a new suitor overtook her. He was a foreigner and a merchant who won the heart of the widow with with expensive gifts and sweet talk.

In the end, the widow fell madly in love with the stranger and proposed a wedding for herself. Everyone talked to her about taking this hasty step, because no one knew anything about him or what her future would hold with this mysterious stranger.

But the woman was blinded by love. She thought that the others merely envied her, and so she rejected her friends and their advice. She decided that she was going to marry him and soon the wedding followed in the house U Tří zvonků. As was usual at a wedding, there was plenty of feasting, drinking wine, and merriment.

But then the death bell rang a second time.

The groom got up at midnight to drink to his marriage and to his new bride. The moment he wanted to speak, the black death bell began ringing, as it had years ago, announcing the death of the previous husband. Instantly, the groom grew pale, he staggered about and suddenly just fell to the ground, dead.

As the lady of the house buried her second husband, a guard appeared at her door, informing her that this man had been a criminal who was to be sent to the gallows for his actions.

From that day on, the widow did not want to hear about any other suitors and she donated the bells to the church of St. Lawrence on Petřín for safety.

According to the legend, the inn on Mostecká Street was named U tří zvonů because it was right net door to the widows house which had the bells.

This is the house. 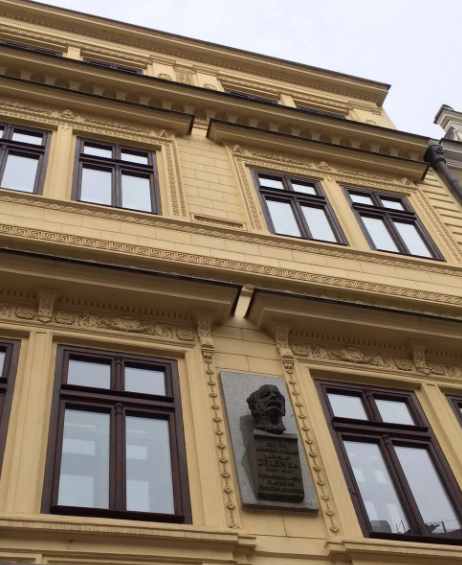 Today it is a gallery. 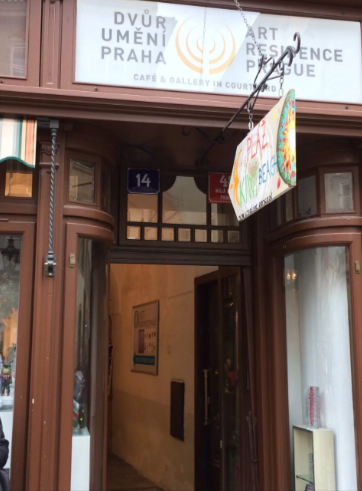 It is right next door to the U Tří zvonů restaurant/pub. 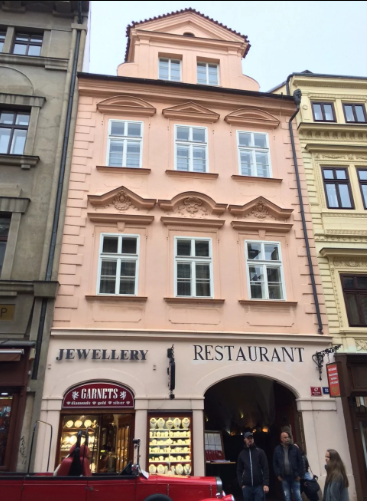 The inner entrance to the pub. 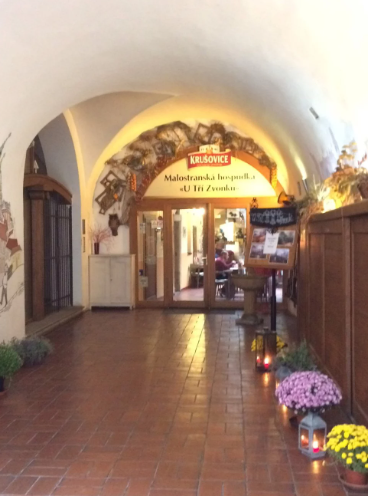 Prague has so any legends. Almost every building has a story and that’s most likely because of its ancient origins and history. I’ve been at the U Tří zvonů restaurant many times and never knew this legend or why it was named at the Three Bells.

Learning something new every day!