Commercial production of autochromes began in 1907. Autochrome is actually the covering of a glass plate consisting of a colored mosaic composed of microscopic grains of potato starch mixed into a thin wash. These are colored in three basic colors. Violet-blue, green and orange-red. Above this layer is a black and white photographic emulsion sensitive to all components of light is layered over that. When the plate was flipped and exposed to light, the resulting image could be developed into a transparency.

The autochrome sounds complex but is actually technically simple though it has a lot of specifics. The result is that it has a huge amount of detail in the shadows, which even today’s digital cameras and color films don’t have.

As popularity of the photograph grew, so did the desire to share the world in color. The result of Autochrome processing was a collection of the world’s first color photographs. Today we’re learning about a few of the Czech pioneers of this photographic art.

Karel Šmirous (1890-1981) Czech scientist and only Czech photographer who specialized in color photography using the autochrome process. He began to take photographs from a very young age. He earned his studies at the Czech Technical University, however, bringing forward his passion for painting and photography. In Prague, between 1908 and 1912, he became interested in the first color photographs.

He made several color photographs that reflected the Bohemian forest, especially the forest Boubin. The sense of artistic composition is due to his passion in painting. Between 1913 and 1918, he visited the laboratory of the Lumière brothers in France. From his early experiments with color, he developed a personal style, based on a careful choice of color and often using variations of a single dominant color. His work is very rich in various subjects: still life’s, portraits, nudes, landscapes, reportage, advertising and scientific photography.

His photograph of Český Krumlov, taken in 1908, and published by Minerva in 1910, was the first known Czech color postcard using autochrome.

Josef Seidel experienced a rapid period of development of photography for himself. He was introduced to the newest form of color photography called Autochrome sometime around 1910 from Karel Šmirous, almost his neighbor in Český Krumlov. Together they created several dozen Autochromes from the areas of Krumlov, Prachatice and the Boubín forest.

Josef Seidel was born in Hasel village by Děčín. He finished photographic college and as a craftsman he traveled through many countries of the monarchy of that time. In the mid 1880’s he became acquainted with the Šumava mountains. Around 1887 he worked in Prachatice, and in 1888 came to Český Krumlov where he worked as a shop head of the photographic firm of Gottfried Zimmer. Two years later he bought the firm and ran it under his name.

As every photographer in a small town, he had to make portraits and so-called social photographs. As part of the tourist industry and to fulfil the demand for souvenirs and post cards, he provided photographs of Český Krumlov and other places on post-card format, and within several years he became the uncrowned king of Šumava photographers. When he died, his twenty-seven-year-old son František took over the family firm. The firm had 11 employees at the time and was divided into three sections that were called portraits, amateur and postcard. Josef Seidel also had a house built with a photographic studio in Linecká no. 54 street in Český Krumlov. This studio was used until 1949.

Rudolf Bruner-Dvořák (1864-1921) one of the founders of the press photographs and pioneer of photographic reportage in the Czech lands. The period between 1907 and 1910 is considered the best for his photographic work. He was a very versatile photographer who brought improvements in technology and work style.

Bruner-Dvořák also worked with the autochrome process, unfortunately only a few plates survived. These include autumn portraits of ladies, a series of images that portray the park of the castle of Konopiste, owned by Ferdinand d’Este, and the park Stromovka in Prague.

Ferdinand Bučina was known for his black and white photographs and only used autochrome photography after 1937. His themes were folk people from the Moravian and Slovak regions. What few autochromes remain, are lovely.

He was familiar with various photography techniques of the time including gum bichromate, platinum print, bromoil process and autochrome. He also gave lectures and seminars on photography, contributed to various specialized magazines and published a number of books. He died of leukemia at the age of 28.

Josef Jindřich Šechtl was a Czech photographer who specialized in photojournalism and portrait photography. On the death of his father, photographer Ignác Šechtl, Josef inherited the photographic studios of Šechtl & Voseček.

Since the photographs from the Šechtl & Voseček studio are not usually signed by the particular photographer, it is not clear which photographs taken during 1897–1911 were taken by Josef Jindřich or Ignác Šechtl. Josef Jindřich’s influence on the work of studio is however apparent. Soon after the start of his career, the studio started to publish large photo essays on important events, and produced postcards signed Šechtl & Voseček. The earliest of these larger photo essays — from an exhibition in Sedlčany, the Sokol gymnastic festival (Slet), or the arrival of Austrian Emperor Franz Joseph I — contained about twenty photographs each. The essays however quickly grew larger, and the Regional Exhibition in Tábor in 1902 was recorded in over 100 photographs.

A very special thanks to “100 Years of Autochrome” — Tenth exhibition of Šechtl & Voseček Museum of Photography. 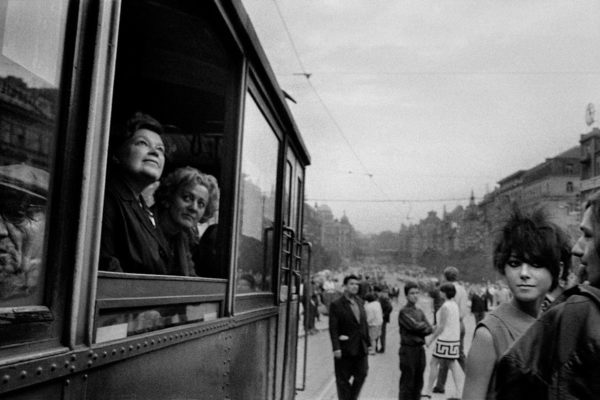