The Legend of Czech Fashion, Hana Podolská (née Johanna Vošahlíková), was born on May 16, 1880 in Merkhausen and died in Prague on February 15, 1972. She was a Czech fashion designer and businesswoman and one of the most important creators of pre-war Czechoslovak fashion. Additionally, she was the owner of the most renowned domestic fashion salon in the 1930s and 1940s.

Her fashion house was located in the very center of Prague and its customers included many socially important women of the First Republic and Protectorate era, including the first lady Hana Benešová and actresses Adina Mandlová.

As the very first Czech designer, Hana Podolská employed professional models and organized her own fashion shows. Her clothing can be seen in several well-known First Republic films.

Because of her entrepreneurial success and her considerable contribution to the Czechoslovak fashion, she is sometimes dubbed the “Czech Coco Chanel”.

“In a world still ruled by men, Hana Podolská –later dubbed the Czech “Coco Chanel” –fulfilled her childhood dream – she married a man who loved her passionately and built up a family fashion empire. Her clothes and fashion advice was sought after by the film stars of the First Republic, the wives of rich entrepreneurs and the country’s first ladies. But the communist take-over robbed her of everything she had worked hard to achieve and she died abandoned and forgotten in the harsh normalization years following the crushing of the Prague Spring.”

Listen to more at Radio Praha.

During February of 1948, like most businesses, her enterprise was nationalized and then continued to exist, but as part of the central national enterprise, until 1991.

While we were in Prague, we were able to see an exhibition commemorating the most famous and most popular fashion salon in the interwar Czech society – the salon of Hana Podolská.

It was fantastic, after having been familiarized with her work and writing about her fashions over two years ago.

Her gowns and style was exquisite.

The curator of the exhibition is PhDr. Eva Uchalová, who has been fashionable for the first time in the period of the First Republic and has already written many publications on the subject of Hana Podolská, including Prague Fashion Salons 1900—1948, Model House Arnoštka Roubíčková Prague 1909–1943 and Oldřich Rosenbaum / Oldric Royce.

The exhibition also featured a new monograph by Hana Podolská, in which the author Eva Uchalová presented the results of her longstanding research on the Model House Podolská.

The high quality of tailoring combined with luxury fabrics and the knowledge of the latest Parisian fashion trends which she adapted to Czech art, as well as her purely entrepreneurial spirit, the Hana Podolská salon became the most popular and famous fashion house of interwar Czech society. 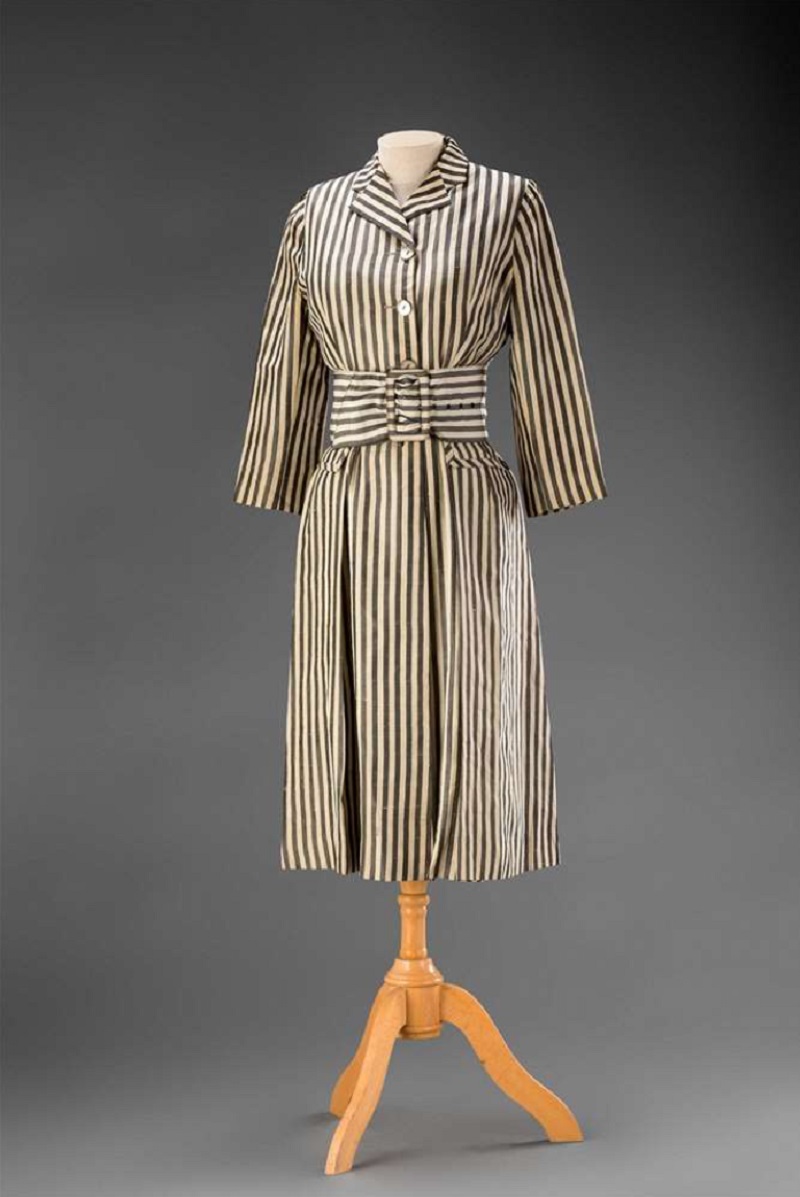 The fashion House of Hana Podolská evolved from a small tailor’s workshop, which seamstress Johanna Vošahlíková (1880 – 1972) founded in Nusle in 1905. After that she moved to the House of the Five Kings in Vyšehradská Street in 1907, when she also married Viktor Podolsky.

In 1914, she moved the workshop to the center of Prague and a year later opened a fashion salon for ladies in the Lucerna Palace.

She stayed here until 1931, when she moved to the New Riunione Adriatica Palace on the corner of Jungmannova Street and Jungmann Square.

The Podolská fashion house survived the Protectorate years and the complicated post-war period. In 1948, it was nationalized and six years later incorporated into the national enterprise Fashion Works Prague under the name Eva. Nevertheless, Hana Podolská worked in her “fashion” race until 1954, when she was suddenly and without any notice retired.

However, she did not give up contact with the employees of the company, especially the seamstresses, and was still watching fashion and kept tabs on what was coming out of the fashion house.

Hana Podolská died on February 15, 1972 at the age of nearly ninety years old and the (nationalized) fashion house Eva ceased to exist in 1991. However, the name of Hana Podolská has remained in the public consciousness as a legend, A brave, enterprising and elegant woman years ahead of her time. A woman capable of personifying a different Czechoslovakia – one of the First Republic, based on a society based on democratic principles and decent relations between people.

These are some of her designs which were on display.

I sure do wish women still dressed like this…