Today we’re sharing another film with Czech child actor, Tomáš Holý. It’s a family film entitled Upír ve věžáku (Vampire in a Highrise). This Czech comedy was made for television in 1979 is one hour in length and we found it airing on YouTube.

It’s a story of a little boy with a very big imagination. Tomáš Holý plays Láďa, a little boy who likes to read pulp fiction and currently has an interest in his older sister Eva’s suitor, who he believes to be a vampire.

With his brother Petr, the two decide to arrange for a series of tests to find out if their hunch that he is in fact a vampire is true. They bring him topinky (Czech garlic bread) to see if he has an aversion to garlic. They visit his home to find books on blood and a bottle of what they are sure is more blood. They try to trick him into going to the barber, in order to see if he has a reflection in the mirror – which hilariously backfires when they get their own haircut while the boyfriend waits in the mirrorless waiting room. Láďa even tells him that his brother Petr is really his cousin making Růžička think that Eva had an illegitimate child at a young age.

In short, they bother poor pán Růžička (the boyfriend) so much, with so many strange requests that he and Eva finally break up. Causing such a mess that Eva decides to move out and to another city, the two brothers decide it’s time to face up to their part in breaking them apart and decide to make things right again.

Láďa speaks to his sister, and then to Růžička and the film ends happily with the couple not only reuniting, but getting married. 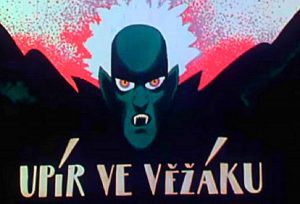 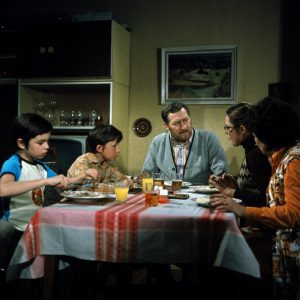 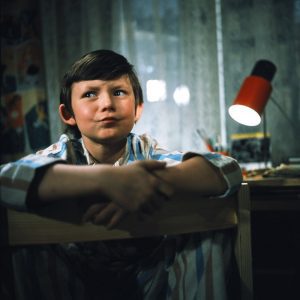 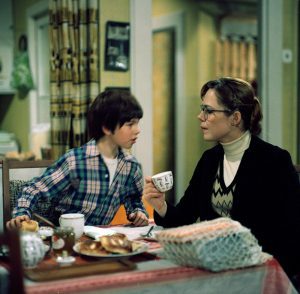 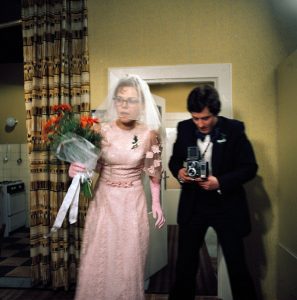 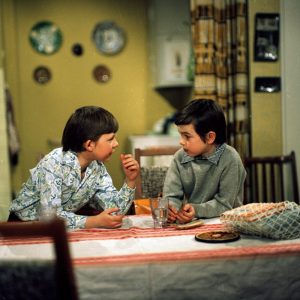 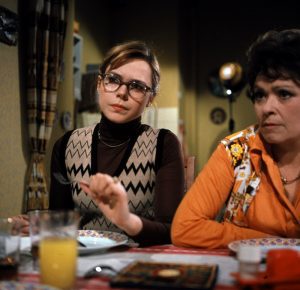 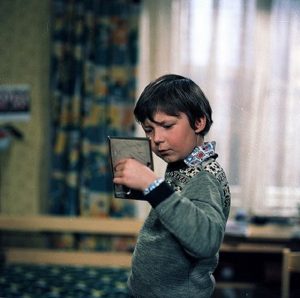 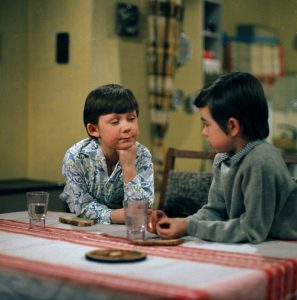 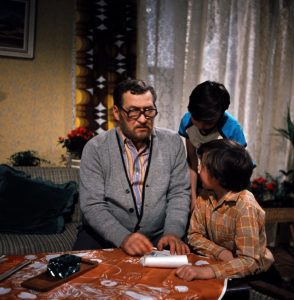 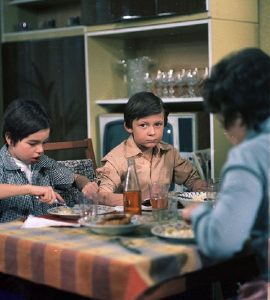 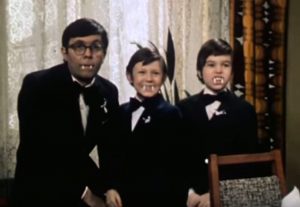 We found Vampire in a Highrise in its entirety on YouTube, so you can watch it below. Unfortunately, there are no English subtitles.

This funny film presents a timeless story about the imagination, relationships and love of family; in short, another treasure!