The Origin and Evolution of the Czech Flag

The flag of the Czech Republic features the country’s national colors and is a symbol of the Czech Republic’s rich history and culture. But what do the colors of the flag represent and what are its origins? In this post we will explore how the Czech flag has evolved over the years and how it has changed from past to present. 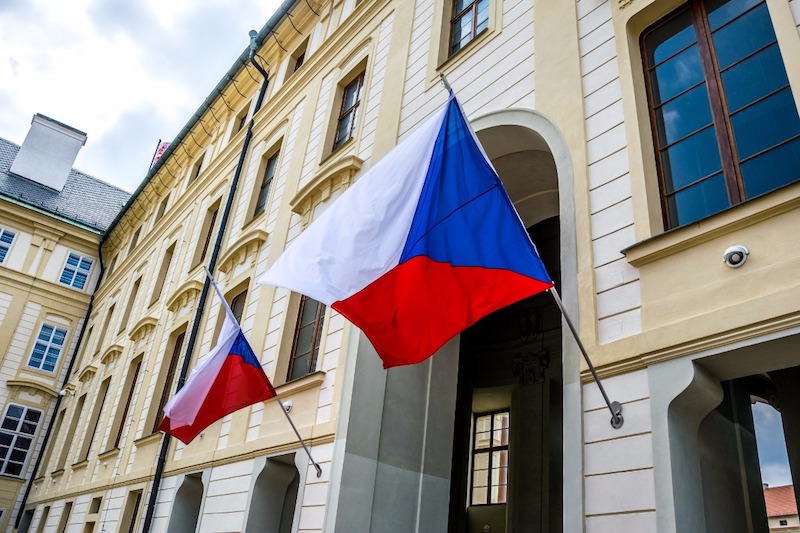 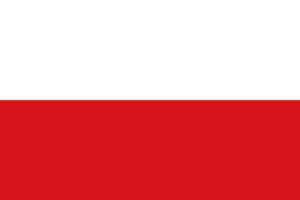 The Flag of the Kingdom of Bohemia.

During the middle ages, the lands which comprise the present-day Czech Republic were known as Bohemia. Bohemia was initially a duchy of Great Moravia until the decline of the Great Moravian Empire in the early 10th century. Bohemia then became a kingdom of the Holy Roman Empire and, after the fall of the Holy Roman Empire, it became part of the Habsburg Monarchy, then the Austrian Empire, and finally, part of the Austro-Hungarian Empire. When the Austro-Hungarian Empire collapsed in 1918, following World War I, the independent Republic of Czechoslovakia was created. The flag of the Kingdom of Bohemia featured the original state colors of Bohemia. 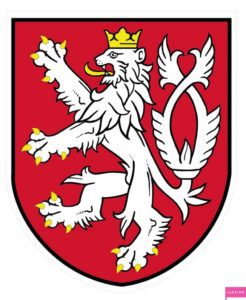 The Bohemian coat of arms.

The coat of arms of the King of Bohemia was first granted to Vladislaus II in the 12th century. It featured a silver lion on a red field and it’s contrasting colors (white and red) quickly became the colors of the whole kingdom of Bohemia. White and red banners were carried into battle by the armies of Bohemian kings and the double-tailed lion came to represent the Bohemian lands. 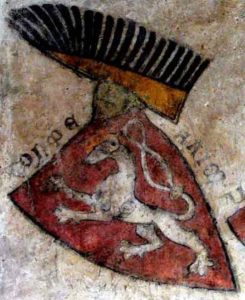 The oldest depiction of the coat of arms of Bohemia.

The oldest depiction of the coat of arms of Bohemia was found in a fresco painting in the hall of the Gozzoburg castle in Krems, Austria, and dates back to the early 13th century. It features the image of a silver lion with two tails against a striking deep red background.

The earliest surviving depiction of the Bohemian coat of arms can be found in The Passional of Abbess Kunigunde, a Latin manuscript dating back to 1312. The colored emblem of Bohemia can be seen in the upper left corner of the section of the manuscript shown below. 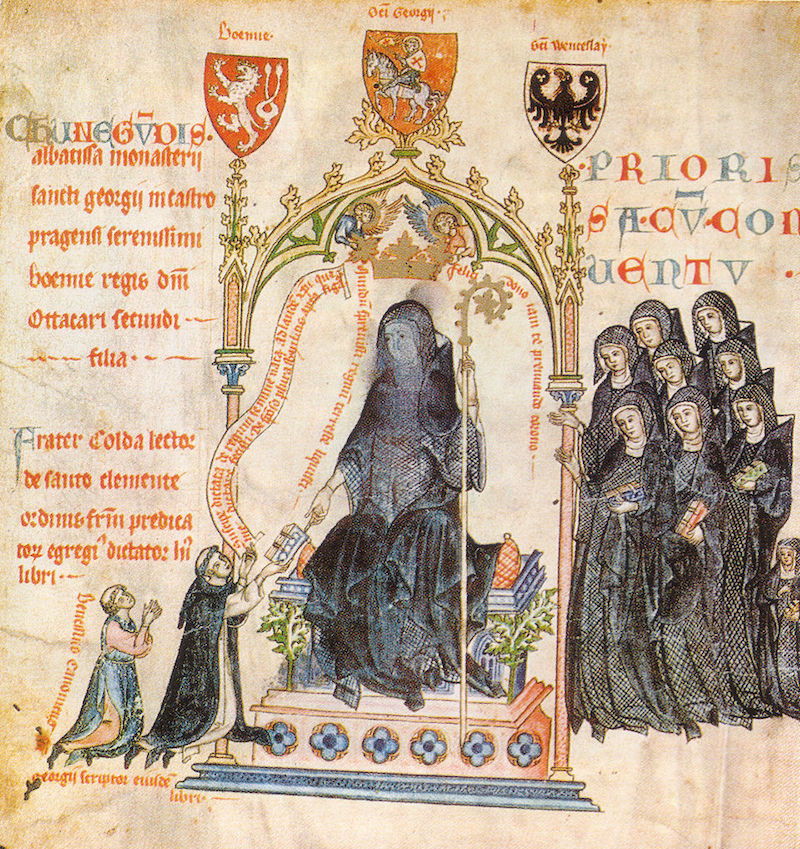 The Bohemian coat of arms in The Passional of Abbess Kunigunde.

Another later depiction of the Bohemian coat of arms can be found in the work of Jacob Koebel, dating from 1545. 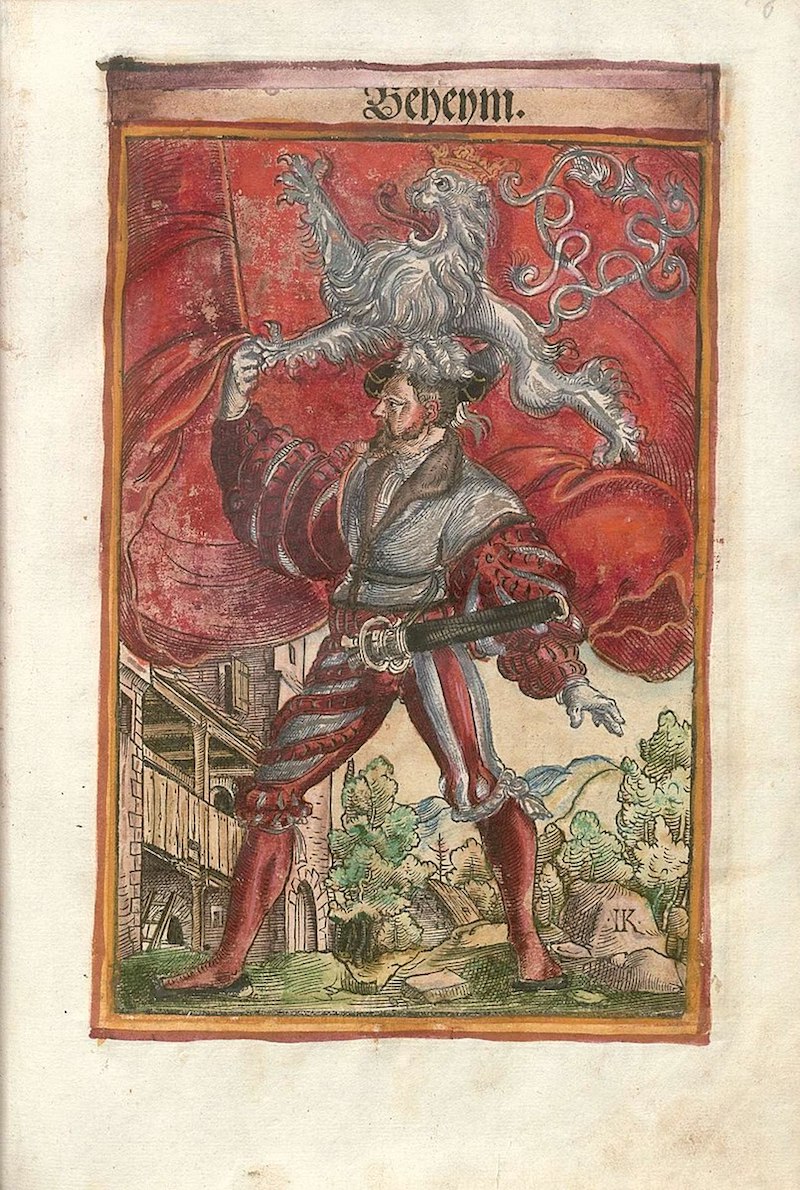 After the fall of the Austro-Hungarian Empire, Czechoslovakia declared its independence. The Republic of Czechoslovakia became a sovereign Central European state and remained so until 1992.

The first flag of Czechoslovakia was the same white and red horizontal bicolor as the flag of Bohemia. 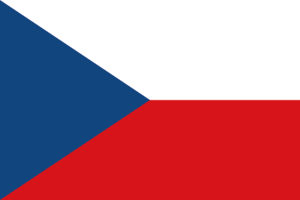 The flag of Czechoslovakia.

In 1920, the blue triangle was added to the Czechoslovakian flag to symbolize Slovakia, whose traditional color was blue. In addition to symbolizing the Czech Republic’s unity with Slovakia, the blue color also served to distinguish the Czech flag from the Polish flag, which was also a white and red horizontal bicolor.

This white, red, and blue design remained in use until 1939 when Nazi Germany occupied Czechoslovakia. 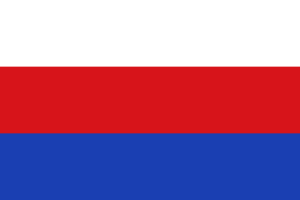 The flag of the Protectorate of Bohemia and Moravia.

In 1945, Czechoslovakia resumed the use of the white and red flag with the blue triangle on the hoist which had served as the official flag of Czechoslovakia before the Nazi occupation.

In 1948, Czechoslovakia became part of the Eastern Bloc when it was invaded by the communists. However, the country’s flag remained the same.

In 1990, following the Velvet Revolution, the state was renamed the Czech and Slovak Federal Republic, which consisted of the Czech Republic and the Slovak Republic. During this time, the Czech part of the Czechoslovak federated state once again adopted the Bohemian white over red flag. However, the flag was not used much and when the blue triangle was once again added in 1992, the general population barely noticed.

The Flag of the Czech Republic (1992-Present)

When Czechoslovakia was peacefully dissolved in 1993, the Czech Republic continued the use of the white and red design with the blue triangle. This design is still in use today and serves as a reminder of the countries both recent and remote history. 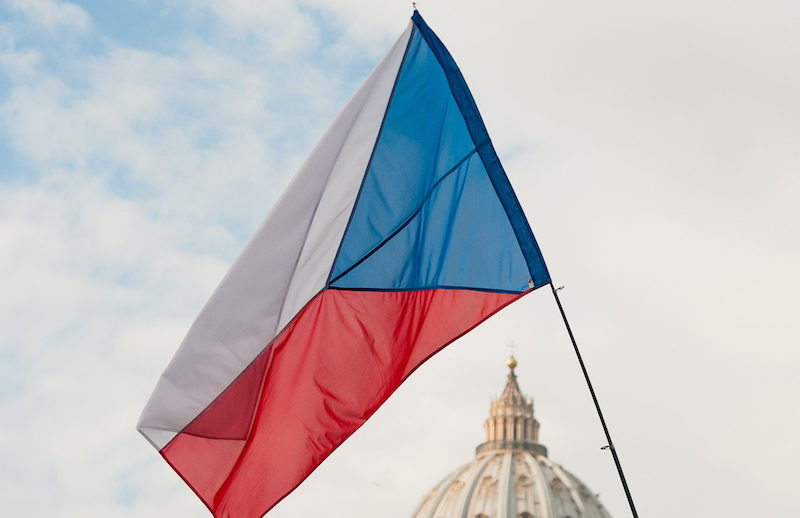 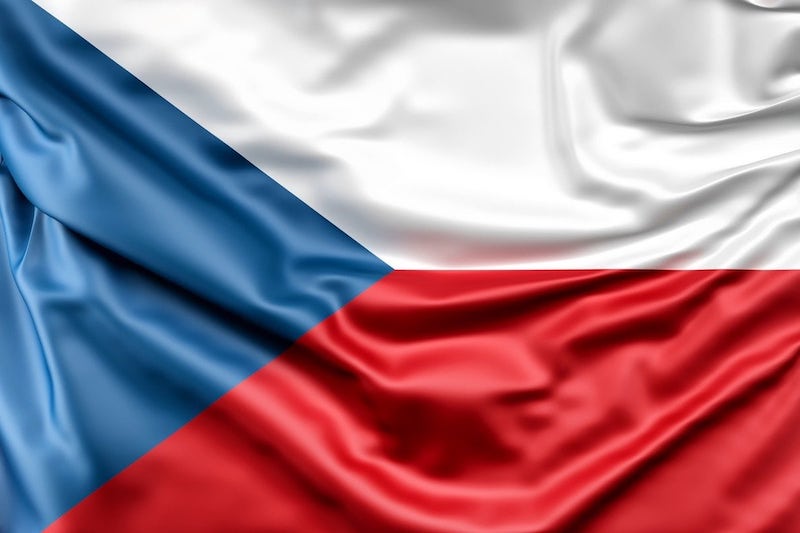 The present-day flag includes the white and red horizontal stripes from the old flag of Bohemia and preserves the tradition of the Bohemian kings. However, it also features the unmistakeable blue triangle which serves not only as a reminder of its old relationship to Slovakia, but also as a differentiation from the flag of Poland.

We hope you’ve learned something new about your Czech heritage!