This wooden lookout tower in the mountains is known as Poledník. It is a Cold War secret surveillance tower which was used to spy on radio communications.

The Poledník lookout tower is situated in the Šumava National Park near the Czech-German border, approximately 5 kilometers southeast of Prášily.

Today, the lookout tower at Poledník in the Czech Republic is known for its beautiful 360-degree views of the surrounding mountains, but this was not always the case.

This is the Polednik at the time of the “Cold War”. It is before the conversion and update to the three halved frusto-cone cones.

During the Cold War, the structure was a very well-kept military secret.

Because it is situated at a high elevation of over 4,300 feet and it sits conveniently on the border with Germany, Poledník was perfectly suited for the creation of a top secret radio surveillance base.

The tower building equipped with communication technology which was built in the 1960s.

For the next few decades, it was used to keep tabs on radio dispatches from both land and the sea.

“The Department III of the MfS (Ministry of State Security) of the GDR used the position on the Polednik as a listening base (camouflage ” TOPAS “)”.

In fact, during the 1960s and 1970s, this was the secret military building in the area with the TOPAS designation.

Keep in mind, this area used to be a strictly guarded border zone.

In 1985, an American military helicopter crashed on the mountain. Yes, on 12.9.1985 right in the area of ​​the meridian of the Bohemian Forest, the accident involved a Mi-24D 4012 crew Toth, helicopter. The American helicopter came from the other side of the border and went into hovering mode. The Mi-24D pilot attempted a similar maneuver, but his machine began to fail. The unfavorable combination of the leeward side of the hill and the high altitude also contributed to the fall. The overloaded helicopter dropped at a speed of about 3 m / s and spun to the left around its axis. The pilot could no longer run the helicopter. The helicopter ended up in a tall forest on the top of Polednik Mountain. Of course, the fall was also observed by Poledník observers, such as the survey officer, engineer Vaclav Hozman.

You can read more about that here (in Czech or use your Google translate).

Both pilots suffered injuries in the accident and the helicopter captain had to retire due to the consequences of the crash. The helicopter was then pulled from the forest by Josef Racocha from Kvilda using LKT-81 (forestry tractor). The debris was stored in the barracks at Světovar in Pilsen. In 1986, the situation behind the “Iron Curtain” was addressed by the British magazine Defense Helicopter World. In July of that year, they brought a reference to the accident near Polednik, allegedly due to “erroneous piloting and lack of performance”.

The photos all show a tower with three halved frusto-cone cones. You can also see some barbed wires in photographs,obviously showing its military use. Literature exists where it speaks of the location serving as a “jammer for the quirky imperialist transmitters located provocatively in the immediate vicinity of our former state border”, as well as the radio signals from the adjacent BRD.

At that time, nearby Prasily Lake was not accessible to anyone except military either.

Can you imagine, your day going up (or down) this passageway?

And believe it or not, it was also left out of maps at the time, obviously for strategic reasons.

After the Velvet Revolution of 1989 the army left the peak. Due to the weather and abandonment, the building began to deteriorate.

Only the tower was left, which was rebuilt into an observation tower and opened to the public in July of 1998.

Beautiful Views of the Šumava Forest

It was a good move to keep the Poledník lookout tower from where significant peaks of the area are visible. The building now also contains a museum detailing the region’s local history. The exhibit starts in the entrance hallway by presenting the three forest vegetation zones which are passed through on your way to the upper floors: VI – spruce-beech, VII – beech-spruce, and VIII – spruce forest.

The first floor of the Poledník lookout tower contains a welcome desk, the second floor presents the local history, and the third floor has display rooms.

The 37 meter viewing tower includes a walkway, offering a beautiful 360° view of the near and distant surroundings.

It is possible to clearly see the highest peaks of Šumava – Velký Javor, Roklan, Luzný, Javorník, Boubín and other Šumava giants.

The Poledník lookout tower also offers a circular view of a large part of the Bohemian Forest.

The Kašperk Castle and Svatobor nad Sušicí are also visible in the interior.

On days of good visibility, the Alps can also be seen in the south. It’s a nice place to spend a few hours, and the view is amazing!

At the height of 1080 meters above sea level, you can also view parts of Prášilské Lake. It is of glacial origin, has a depth of about 15 meters and an area of ​​9 acres.

But the tower itself is always a much talked about attraction. Natural beauty abounds, obviously – but visitors wonder what this tower must have been like years ago.

To reach the top of the Poledník lookout tower, you will have to climb 227 steps and the tower itself can be difficult to access.

But the reward is a wonderful trip through parts of the previously inaccessible Šumava forest.

It is accessible from the village Prášily or Srní. We recommend the hiking trail from Prášily, or to access by cycling from Modrava, though it is a continuous climb. The tower is open from May to October, which is a shame that because it looks even better in winter! 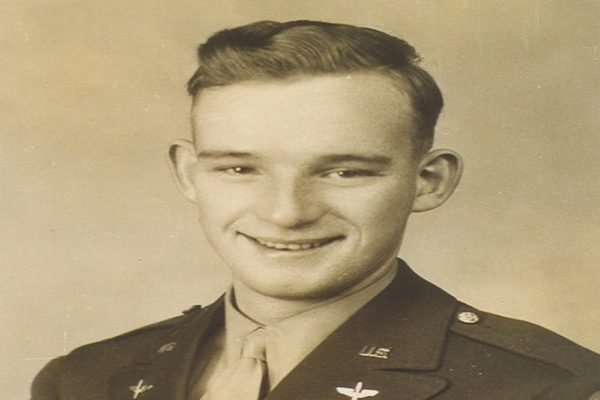