Purdue University offers move than 200 majors and specializes in agriculture, engineering, and technology. It has an enrollment of more than 41,000 students and has been named the 5th best public institution of higher education in the US (Wall Street Journal, 2018). Purdue Polytechnic Dean Gary Bertoline stated that “students have changed in terms of their motivations and how they learn.” This Study Abroad program was created in light of this evolution to allow for applicable and relevant experiential learning.

The state of Indiana, where which Purdue is located, has the highest percentage of its economy dedicated to manufacturing of any American state. More specifically, the Indiana automobile industry and its supply chain have become very important to the Indiana economy. Conexus Indiana (2019) described Indiana “as a national leader in the advanced manufacturing and logistics industry sector”. In recent years, millions of dollars have poured into new Indiana-based automobile production facilities for automakers including Honda, Subaru, and Toyota. In fact, the number of automobile-related industrial jobs in Indiana is an astounding 459% of the national average and the state’s percentage of GNP from the auto industry is the second highest in the nation (Inside Indiana Business, 2016). More than 500 automobile-related companies operate in Indiana (IEDC Automotive Council, 2016) in addition to hundreds more companies that are directly or indirectly involved with the automobile supply chain in the state. As a geographically central location in the US, Indiana has strong supply chain capabilities. Truly, Indiana’s economic health is greatly affected by the global automobile industry.

As such, numerous employment opportunities are connected to the automobile industry. Even Indiana organizations that rely solely on in-state business, with no national or international operations, benefit from a thorough understanding of the global automobile industry. Prague was selected as an integral component of the study abroad because of the overlap in the strengths of the Czech economy with those of the Indiana economy.

One student who attended the 2018 trip is Dave Bernard, who earned his Associate’s degree from Vincennes University in Precision Manufacturing Technology in 2017 and his Purdue University Bachelor’s degree in Technology in 2019. Bernard leveraged his experiences on the Study Abroad on his resume and in interviews to gain a job with General Motors in Cleveland, Ohio. Another student from the 2019 trip, Cody Phillips, a Mechanical Engineering Technology student from Greens Fork, Indiana who is studying at Purdue Polytechnic Richmond, works for Ahaus Tool Engineering in Richmond, Indiana as a CNC machinist. Ahaus has worked in the automobile industry for over 40 years, and has “developed workholding, special machines, lean systems, and fully automated cells for a wide variety of automotive components and subassemblies” (Ahaus, 2019). At Ahaus, Phillips builds automation cells that keep batteries from over-heating. These cells are installed into the wall mount for Tesla batteries. Like many students on the trip, he is earning his Purdue degree and studying abroad not to help start his career but instead to enhance it.

Yet another student, Evan Knight, an Aviation Technology major from Greenwood, Indiana studying at Purdue Polytechnic Indianapolis, works as a technician at Arrow Schmidt Peterson Motorsports, an auto racing team in the IndyCar series in Indianapolis, Indiana. Knight (see picture below) repairs and maintains the primary and backup race cars for the team. After the Škoda factory tour, he commented “What I found most interesting was the racing history of Škoda. Working in the racing industry, it’s always awesome to see different types of racing popular around the world”.

The European Commission published a report in 2005 which revealed that the EU is the world’s leading automotive manufacturing region and that more than 1/3 of all automobiles are manufactured in Europe (Economy Watch, 2010). Central Europe in particular is notable for its history of being manufacturing-intensive and today is the epicenter of the European automobile production and supply chain on the continent. The Czech Republic is the longtime industrial center of the old Austro-Hungarian Empire, and more than 40% of its workers are employed in industry, which is well above the EU average and the highest of any country in Europe (EuroStat, 2016). The reliance and emphasis on production can be partly credited to its historic and current proximity to markets. In particular, the country has one of the world’s highest economic concentrations of GDP originating from automobile design, manufacture, and supply-chain (Czech Invest, 2016). A total of 54.2% of all exports are products related to the automotive industry (CZ, 2016). In fact, the country supplies parts to every automobile manufacturer in Europe (Czech Ministry of Trade, 2019). There are numerous automobile R&D and production centers in the country, including Volkswagen (the owner of the Škoda automobile factory), Toyota, and Hyundai. The automobile industry is credited with giving the country a high per-capita income compared to its European peers.

Since the Velvet Revolution, the Czech Republic has dived into capitalism and globalization and today boasts one of the fastest-growing economies in the EU, from less than $50 billion GDP in 1989 to over $215 billion today. Since joining the EU in 2004, its global competitiveness has made it the heart of many European global networks. The influx in economic development is led by the automobile industry. A tour of the Škoda factory during the study abroad gives students on overview of their efficient production process, particularly the design and production of their new 7-speed automatic transmissions. The students were able to see how the factory produces more than 2,500 automobiles every day. In the 2019 tour, the group was told about the weld shop expansion in the factory planned for September that will allow the factory to weld 5,600 car bodies per day and informed that 20% of the current production is dedicated to the Škoda Octavia RS.

Like many Czech industries, Škoda went through massive management changes after the Velvet Revolution and the rush of privatization brought by the fall of communism. These success stories have been apparent to study abroad students during the annual tours of the factory.

Other student quotes about the factory include:

Chris Weisenbach: “Škoda started with humble beginnings and faced many political obstacles in its history. They have battled through it all and advanced themselves to overcome all challenges. Thus, becoming a powerhouse in the European market.”

Matt Alexander: “What I found interesting about Škoda was the size of the facility and how many cars they produce a day. They had less robots on the assembly line and more work was done by hand.”

Cydny Blakley: “I thought it was interesting that they offered job opportunities to those who are physically handicapped or couldn’t work a typical schedule.”

Charles Muston: “The sheer size of this one is enough to leave an impression on its own. With the factories spanning 1/3 of the whole city, it is not hard to see how they are able to export across Europe and Asia”.

Sean Taylor: “I liked the Drones driving around. They have to follow set lines on the ground. It’s really a great idea.”

Andy Selvidge: “What I found most interesting about Škoda was the amount of benefits and programs given to employees like education and health care.”

We encourage you to learn about their insights and experience – plus there are many more wonderful photos at Dr. James Tanoos blog, here.

You can also read more about Dr. James Tanoos and his student travels to Prague in an article we posted last year, American Students from Purdue University Enjoy Themselves in Prague. 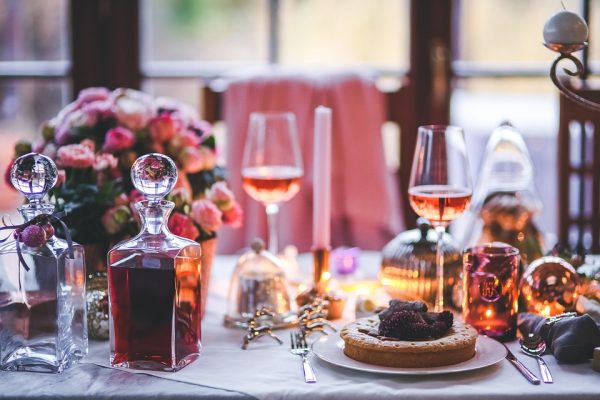