The Tragic 1895 Quicksand Disaster at the Town of Most

Imagine walking with your family, coming home from market when suddenly the buildings around you begin to crumble and the earth begins to swallow the people right in front of you. That is exactly what occurred in 1895 in a city called Most in Bohemia (now the Czech Republic) in the worst quicksand disaster in the area to date. 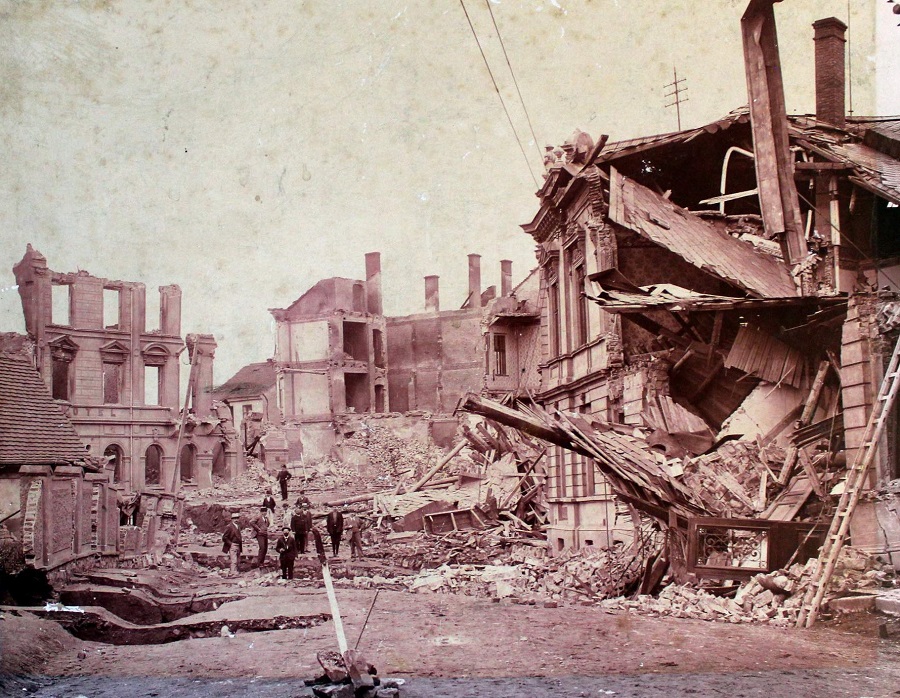 The tragic event in the city of Most was the result of being affected by quicksand. A terrible quicksand which in a matter of minutes swallowed several houses, including several of their occupants. 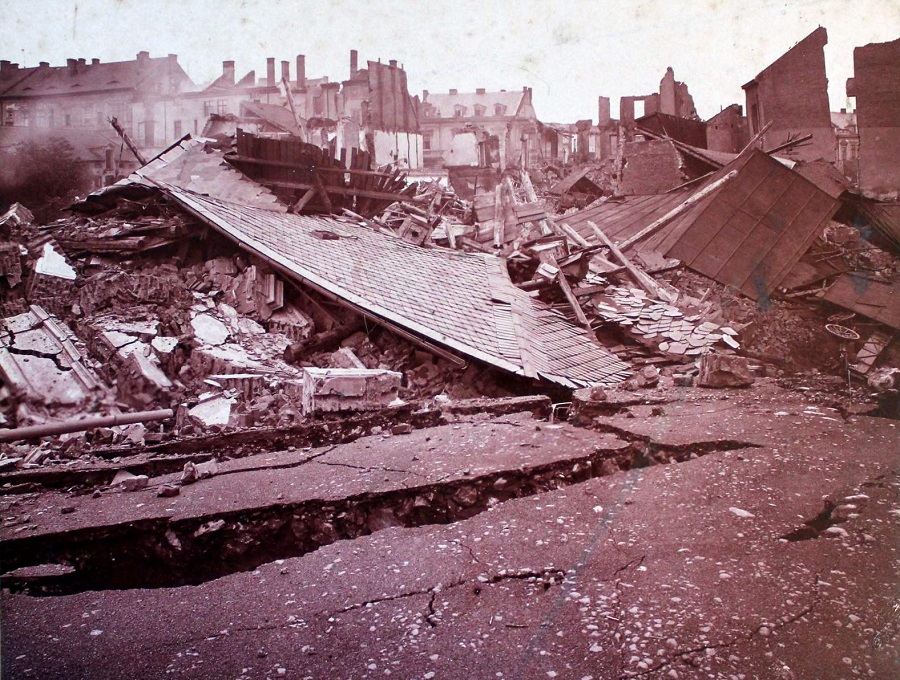 Quicksand forms in saturated loose sand when the sand is suddenly agitated. When water in the sand cannot escape, it creates a liquefied soil that loses strength and cannot support weight. And on this fateful day, the weight happened to be a large part of the entire town and a tragic quicksand disaster took place. 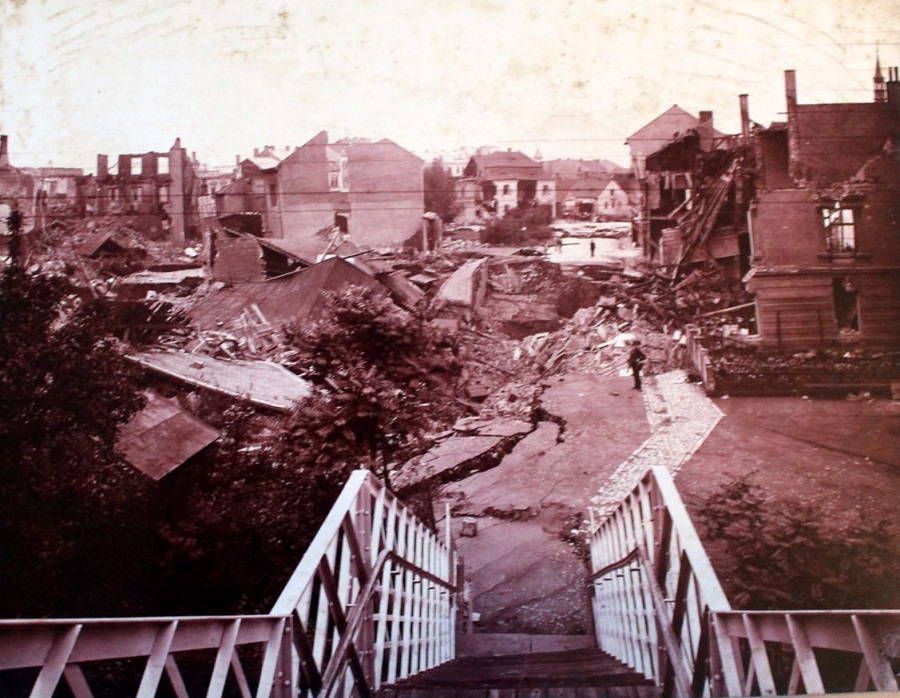 Quicksand can form in standing water or in upwards flowing water (as from an artesian spring). In the case of upwards flowing water, seepage forces oppose the force of gravity and suspend the soil particles. What happens next is a matter of simple physics in the science books, but in reality to the people of the town, it was as if the earth itself had turned against them. 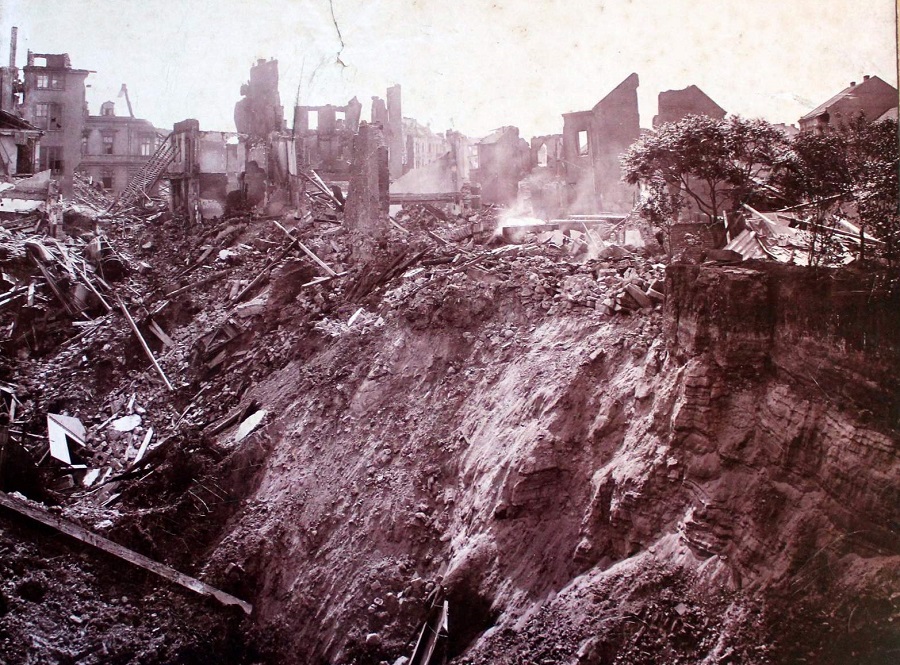 The saturated sediment may appear quite solid until a sudden change in pressure or shock initiates liquefaction. This causes the sand to form a suspension and lose strength. The cushioning of water gives quicksand, and other liquefied sediments, a spongy, fluid-like texture.

See how the ground looks as though it is waving… 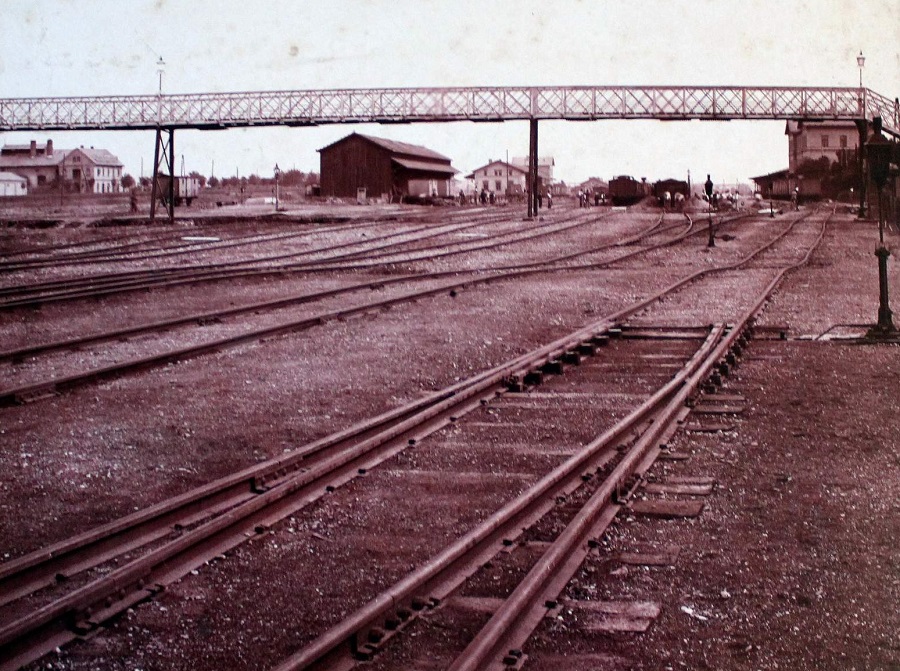 Of course, it was much worse on the other end where the earth literally opened up. 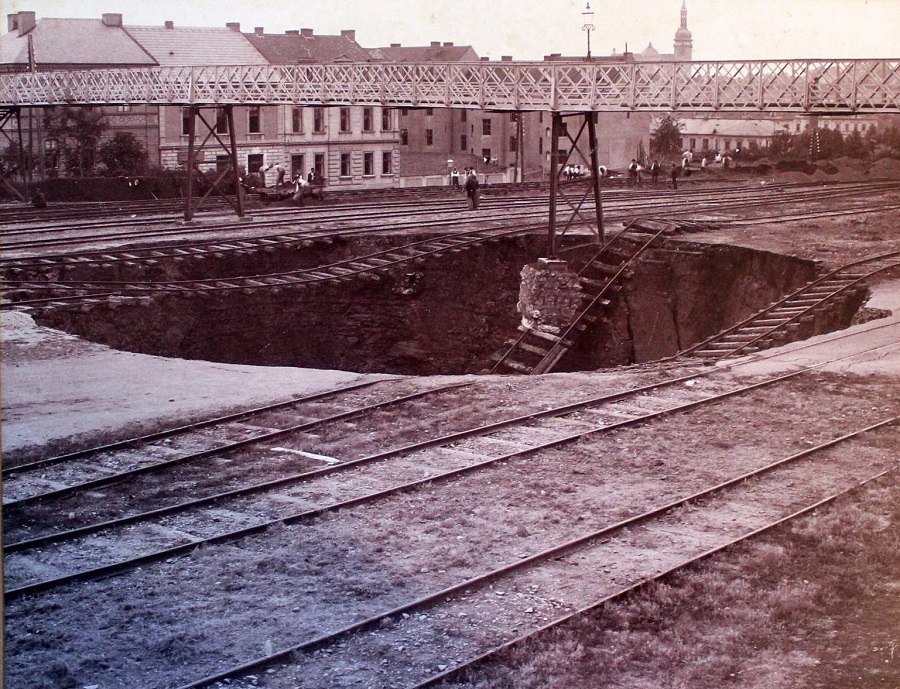 I have always only known the quicksand from the movies. These images show a real quicksand disaster and the large scope of the damage it creates. 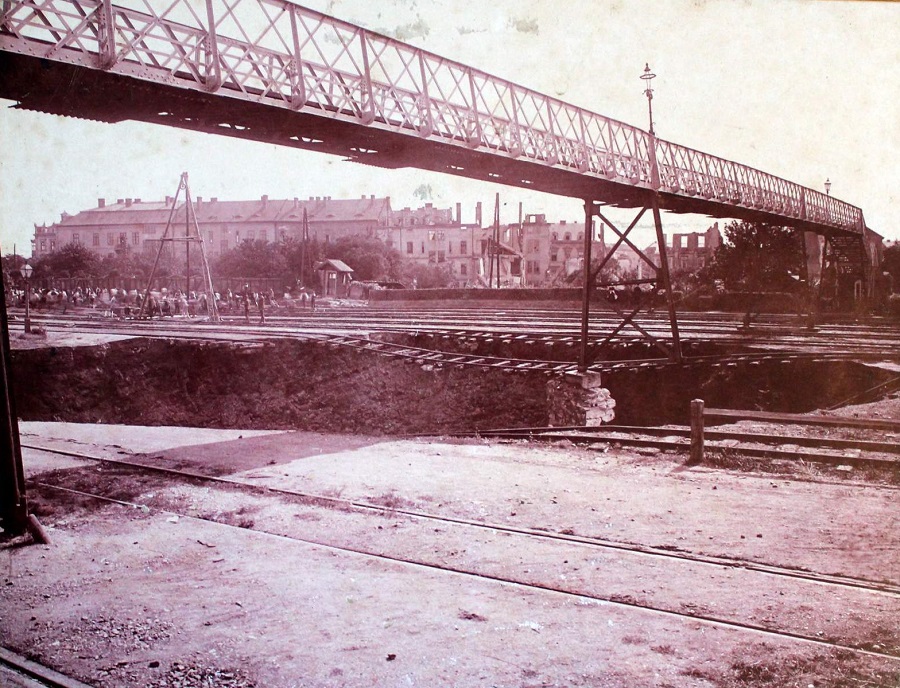 Liquefaction is a special case of quicksand. In this case, sudden earthquake forces immediately increase the pore pressure of shallow groundwater. 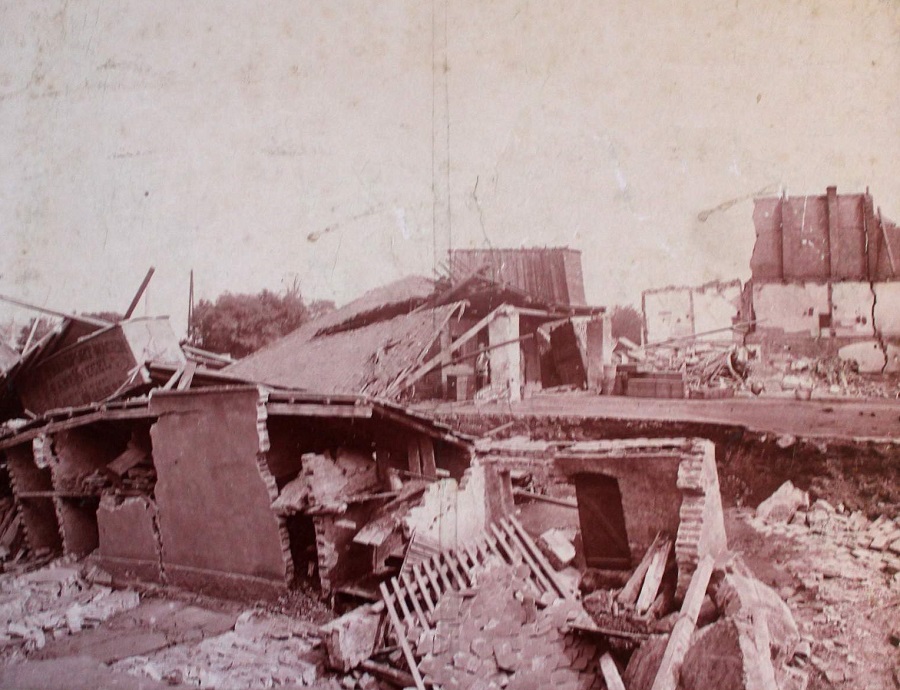 The saturated liquefied soil loses strength, causing buildings or other objects on that surface to sink. 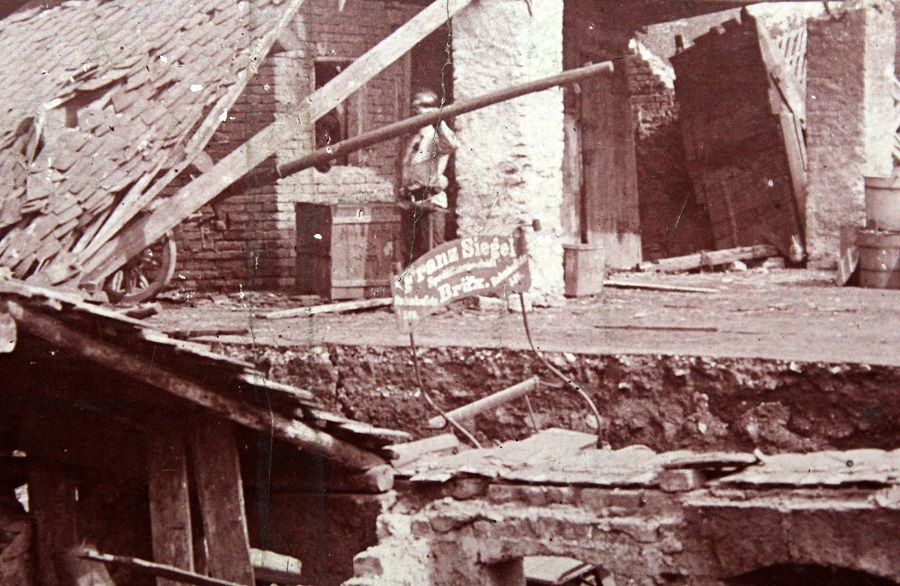 I am sure that the people had no idea this was even possible and surely believed that some horrific wrath had been set upon them. 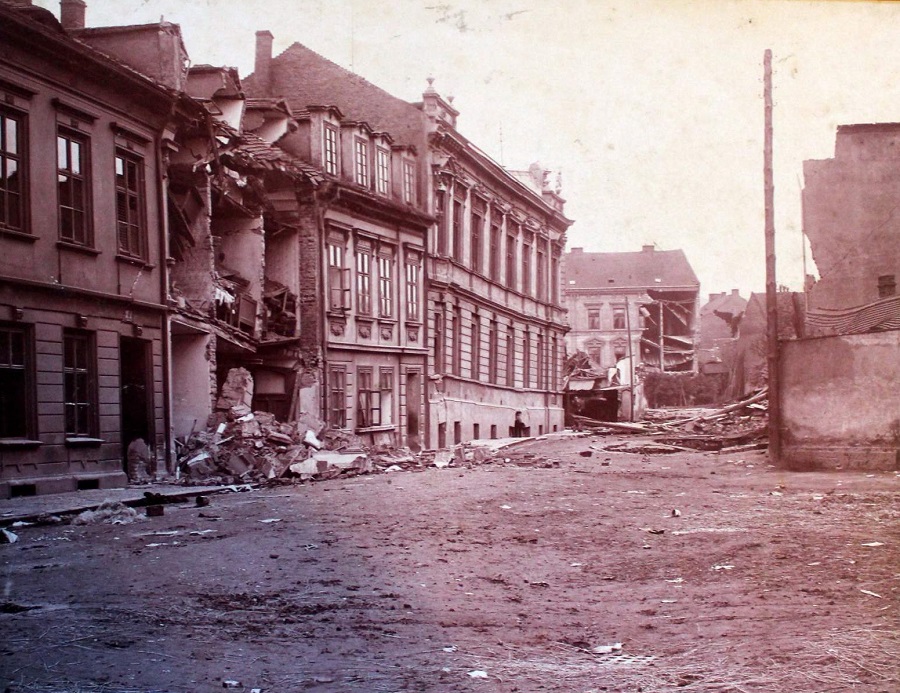 This event changed the face of the town of Most forever. Well, at least for the next few decades. 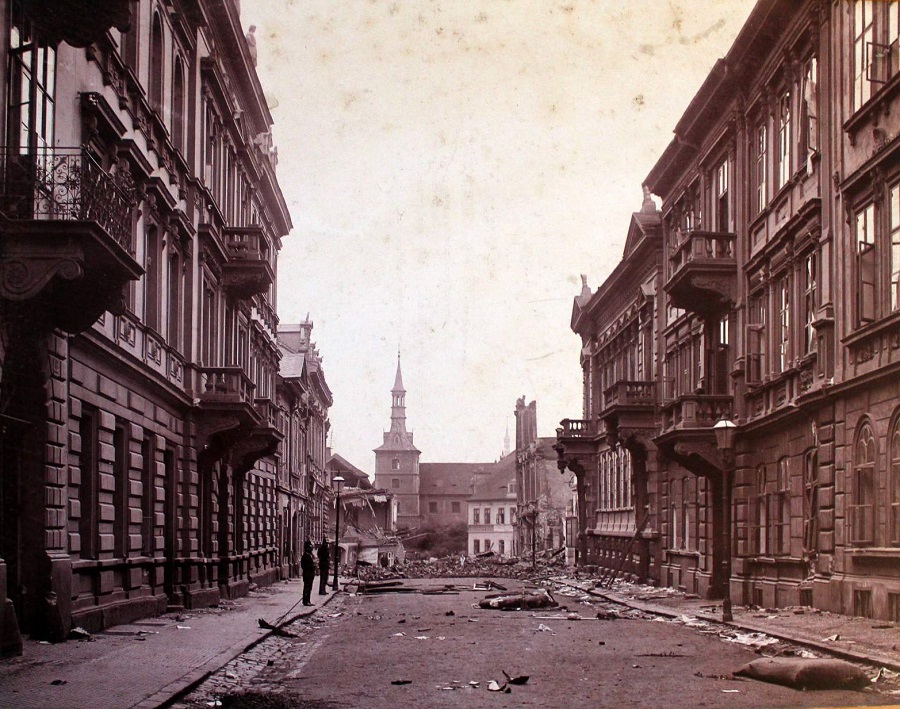 The name Most means “bridge” in Czech. The town, which was named after the system of bridges that crossed the swamps in this area in the 10th century, is now mostly known for its heavy industry. Until 1918, the town was part of the Austrian monarchy.

In the second half of the 19th century, industry and mining emerged, and in 1870, a railway line was built. The very line we see destroyed and sinking in the images above. 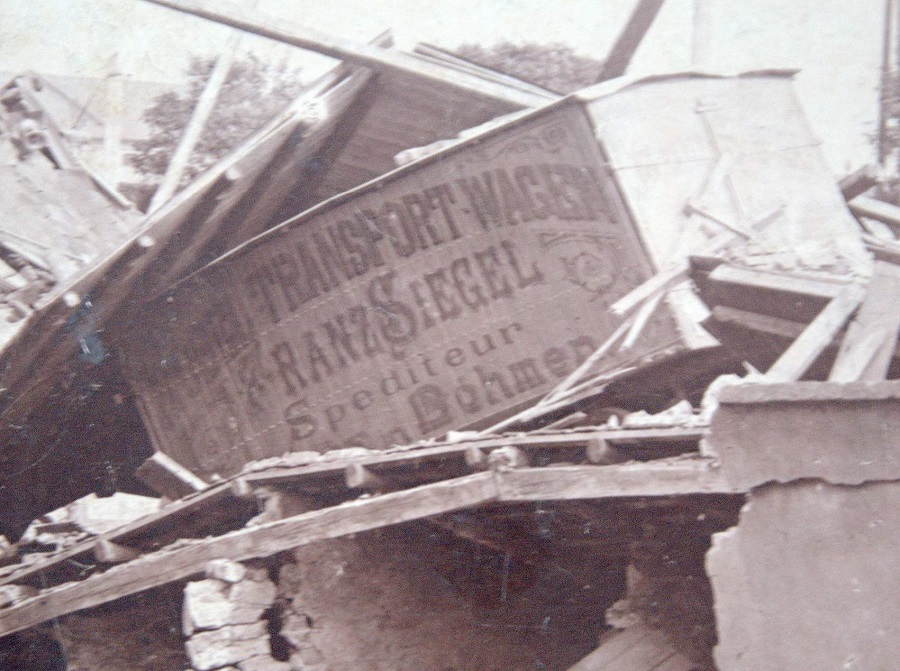 In December of 1942, the area began output of Ersatz fuel synthesized from brown coal at the Sudetenländische Treibstoffwerke AG (STW) Maltheuren plant, and a Nazi subcamp of Sachsenhausen provided forced labor. Stalag IV-C (Wistritz bei Teplitz) was at the “Sudentenland Treibstoff Werke”, and the area was repeatedly bombed during the Oil Campaign of World War II. Many of the standing buildings were destroyed.

In 1945, Most was restored to Czechoslovakia and, following the expulsion of Germans after World War II (mainly 1946), Czechs replaced the Germans.

The final blow to this town, which had been in existence since the year 1040, came in 1964. The Most Coal Company began the complete demolition of the historical old town of Most in order to make room for the expanding lignite mines in the area.

Financed and led by the communist government of Czechoslovakia, the company pulled down the town’s historic buildings including a brewery dating from the 15th century and a theater built in 1910 and designed by Viennese architect Alexander Graf.

Although the old town was flattened, the Communist authorities decided to preserve the Gothic Church of the Assumption of the Virgin Mary. The entire building, which was built between 1517 and 1594 and designed by Jakob Heilmann of Schweinfurt, was moved by train to the newly constructed town 2,759 feet [841 meters] away. The move took 28 days to complete at the rate of roughly 98 feet [30 meters] per day. The Czechoslovakian government took pride in the relocation of this religious structure, and the building was mentioned in the Guinness Book of World Records as the heaviest building ever moved on wheels.

We have written about a book called I, City, by Pavel Brycz. You can learn more about it if you click here. 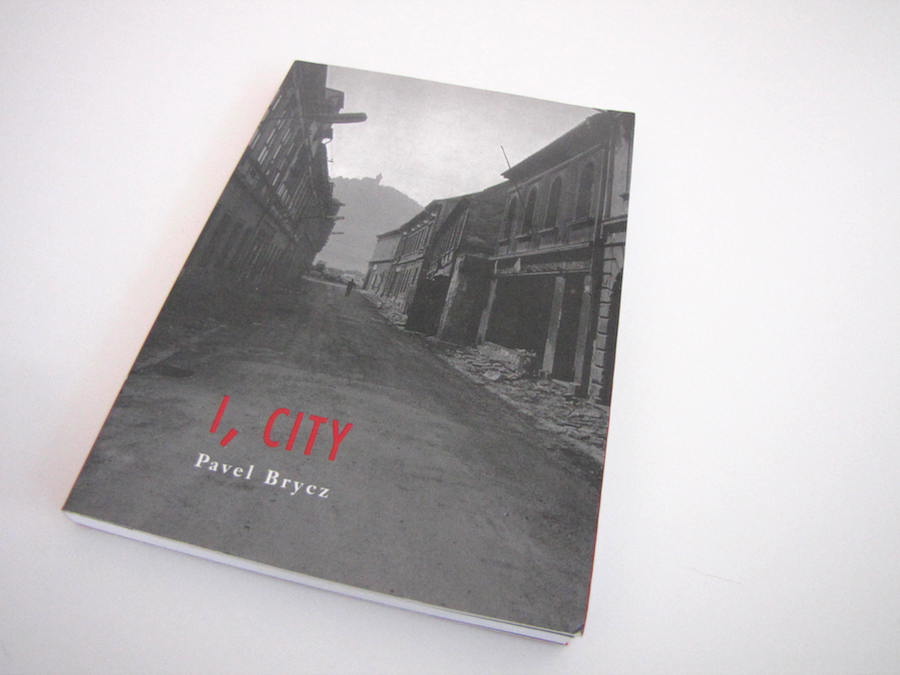 In the summer of 1968, an American film company shot scenes for the war film, The Bridge at Remagen, in the town; the clearance work providing realistic looking war-damaged properties. West German officials would not allow the production to make the film in Germany because of shipping traffic on the River Rhine where the real bridge was. Instead, the film company made the film in what was then Czechoslovakia.

Watch the opening of the film…

The film trailer shows some of this.

Keep in mind that in 1968 there were no computer effects, and all you see is the actual destruction of the city being filled into the film.

In fact, most of the Remagen town scenes were shot in the town of Most. As mentioned, the old town was being demolished and rebuilt at a new location at the time in order to make lignite lying under it accessible for mining.

The Remagen Bridge scenes were shot at Davle on the Vltava River using the old bridge. Fake towers and a fake railway tunnel were constructed for the film. The film’s opening scenes – where the US Army fails to capture the Oberkassel, Bonn bridge – were shot just south of the village of Vrané nad Vltavou using the railway bridge which carries the Prague-Dobříš line over the River Vltava.

And interesting piece of trivia is that during the filming of the film (1968), the Soviet Army invaded Czechoslovakia to reinstall a hard-line Communist government, forcing the film cast and crew to flee to the West in taxis.

You can purchase the film on Amazon and on eBay. Simply click the word Amazon or eBay to the left and you will be taken to more information.

The demolition work ended in 1970 and new low-cost, standardized, multifamily housing projects were built (paneláky, in reference to the precast concrete panels from which they were made).

The nearly neighborhood of Rudolice nad Bílinou, which is home to the Chánov housing estate, created during the communist era, has become a symbol of the poverty and ghettoization of many Romani people in the Czech Republic.

Today most Czechs consider the decision to demolish Most as a destruction of Bohemian history and culture.

The images shown in this post, with the exception of the book, were taken by Carl Pietzner, a photographer born on April 9, 1853. You can see his signature on the following photo. 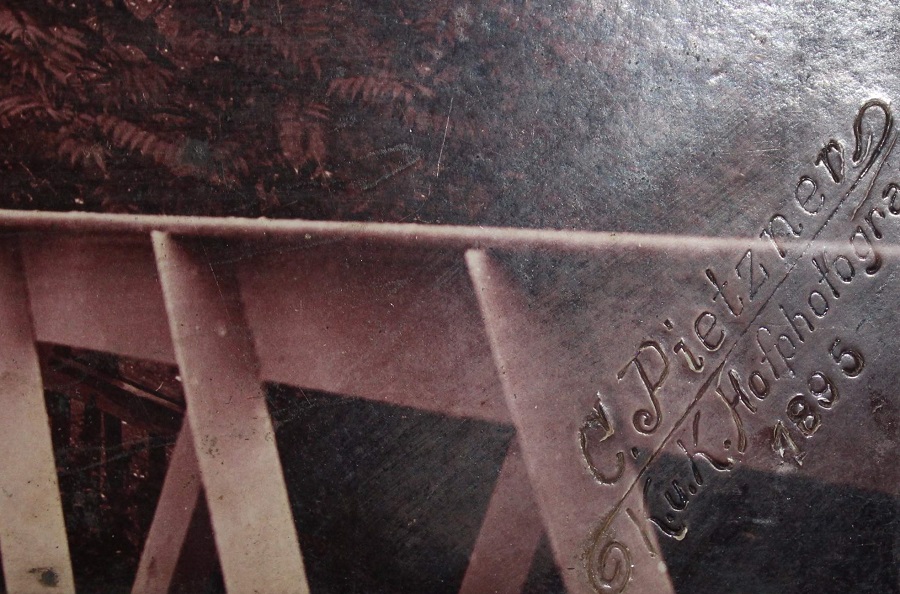