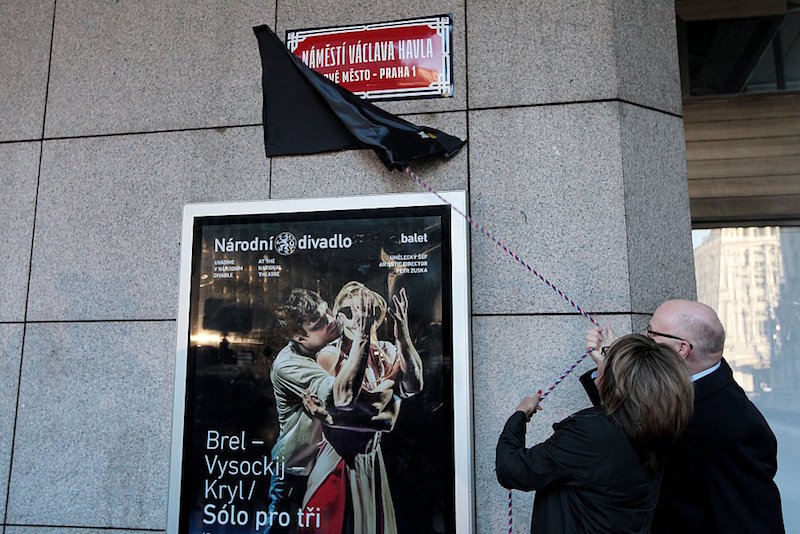 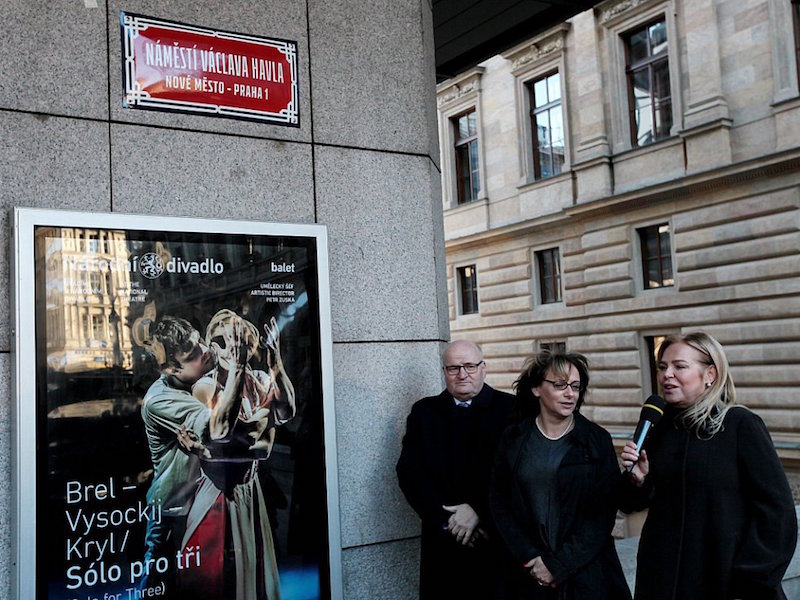 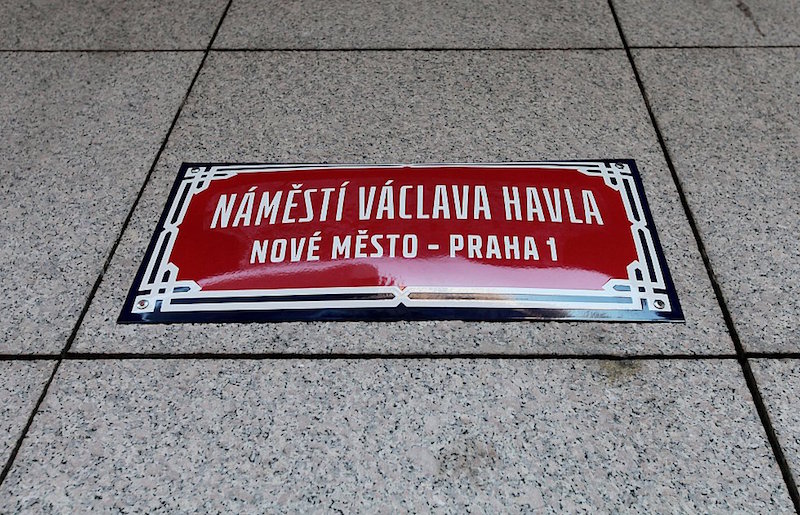 Yesterday, on what would have been the late president’s 80th birthday (October 5th), a memorial was also unveiled at the newly renamed square to commemorate Havel. The unveiling of the monument was preformed by the Culture Minister, Daniel Herman and Dagmar Havlova, the widow of the late president.

Havlova is seen standing beside the new monument in this photograph: 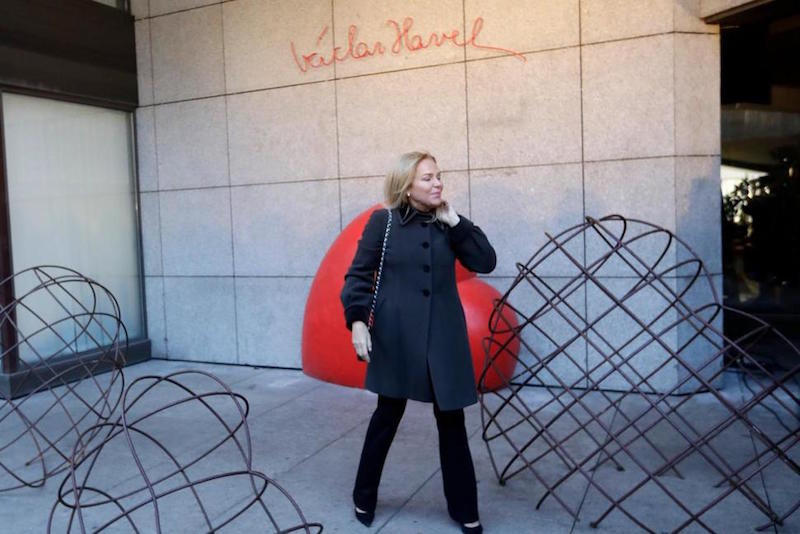 The heart-shaped monument, by artist Kurt Gebauer, is a homage to Havel, who used to draw a little heart next to his signature. 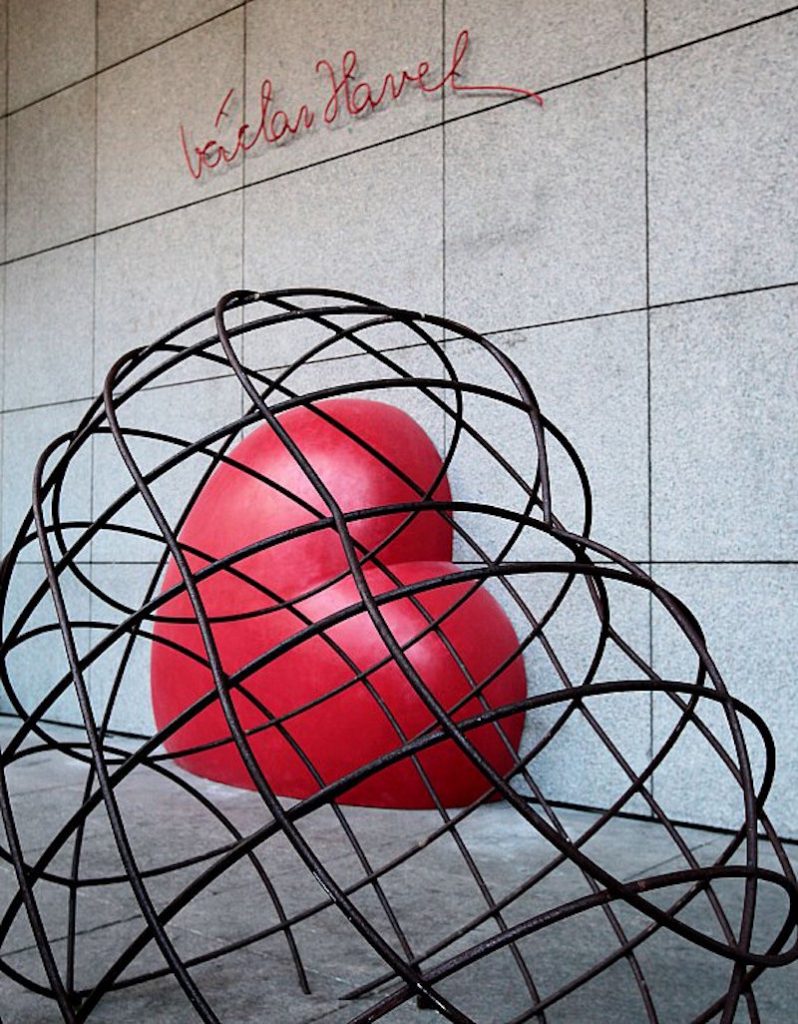 To the people of the Czech Republic and the rest of the world, Havel remains an icon for the struggle for democracy and freedom.

On October 5th, we commemorated the 80th anniversary of his birth. 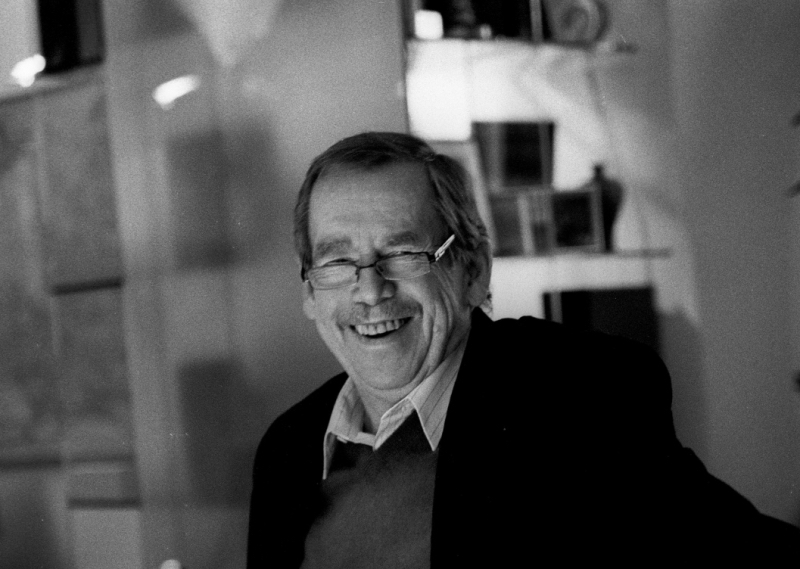